With the removal of Article 370, what has Jammu and Kashmir lost?

Amit Shah said that Article 370 that gave special status to the state of Jammu and Kashmir was declared repealed by the Centre. 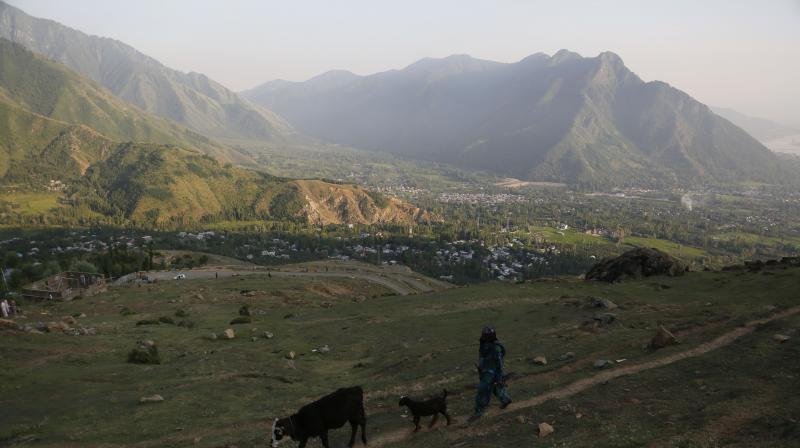 Mumbai: Union Home Minister Amit Shah on Monday said that Article 370 of the Indian Constitution that gave special status to the state of Jammu and Kashmir was declared repealed by the Centre.

The President Ram Nath Kovind had signed the order and said it would come into force "at once".

Article 370, which was always the bone of contention between the state’s politicians and the central BJP leadership, dealt with special powers conferred upon the state of Jammu and Kashmir.

Incorporated in the Constitution on October 17, 1949, Article 370 exempted the state from the Indian Constitution (barring Article 1 and Article 370 itself) and allowed it to draft its own Constitution, thereby giving it an “autonomous state” power.

Jammu and Kashmir was accorded special status under Article 370 under Part XXI of the Constitution, which dealt with “Temporary, Transitional and Special provisions”.

Apart from the autonomy, Article 370 lent other powers such as the need of “concurrence of the state government” if the central government planned to make amendments to the concurrent list of subjects.

Earlier, the government needed approval from the state government for all laws, except those relating to defence, foreign affairs, finance and communications.

This Article provided the people of Jammu and Kashmir with two types of citizenship. One was Indian citizenship and another was Kashmiri citizenship. With the removal of this special privilege, the citizen of the state would now have single citizenship.

After the revoke of this Article, Kashmir will have only one flag i.e. Indian flag.

Earlier, Jammu and Kashmir’s area, name and boundary could not be altered without the consent of the state Assembly.

Article 35A was added to Article 370 of the Indian Constitution by a 1954 Presidential order which gave special rights and privileges to the citizens of Jammu and Kashmir. It was introduced by the then President Rajendra Prasad on the advice of the Nehru government.

It disallowed people outside from the state from buying or owning immovable property in Jammu and Kashmir, settle permanently or availing state-sponsored scholarship schemes.

It also denied property rights to a woman who married a person from outside the state.

To guarantee the special rights and privileges, the Article 35A said no act of the state legislature that came under it could be challenged for violating the Constitution or any other laws.