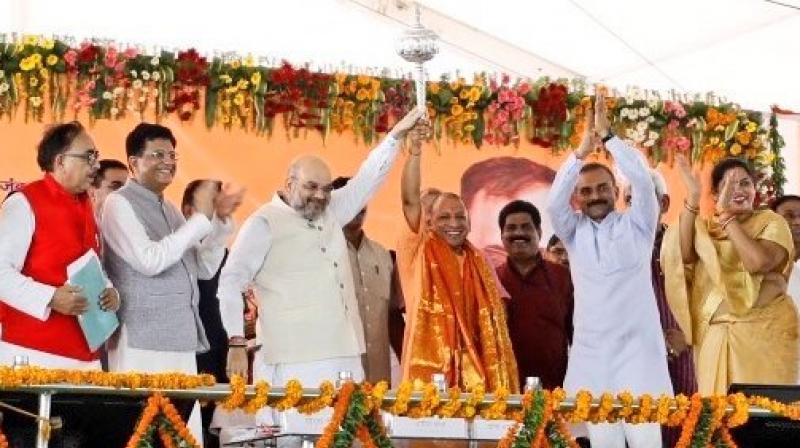 Decked-up in saffron colour now, the station is one of the oldest and biggest railway junctions in the state. The renaming of the iconic railway station was proposed by Yogi Adityanath in August last year, and was later approved by the Centre.

The central government drew flak from the opposition which accused the ruling party of attempting to tamper with history.

On the special occasion, the three leaders also flagged off a passenger train and a goods train with an all-woman crew.

"Deen Dayal Upadhyay's father, maternal grandfather and uncle served for the Indian railway. In early stages of his life, he himself was associated with railway. Prime Minister Narendra Modi also worked as a chai-wala in his childhood days. Through the vision of Deen Dayal Upadhyay, this (BJP) government is concerned about all the poor people under the leadership of Prime Minister Modi. I am thankful to the Prime Minister to allow the change in the name of Mughalsarai station," Piyush Goyal said.

"We have all got a new identity today with the new Deen Dayal Upadhyay Junction railway station. I want to thank Prime Minister Modi, Piyush Goyal and Amit Shah for allowing this change," said Yogi Adityanath.