US President Donald Trump is 'very committed' to relations with India, US Consul General in Mumbai, Edgard Kagan, said. 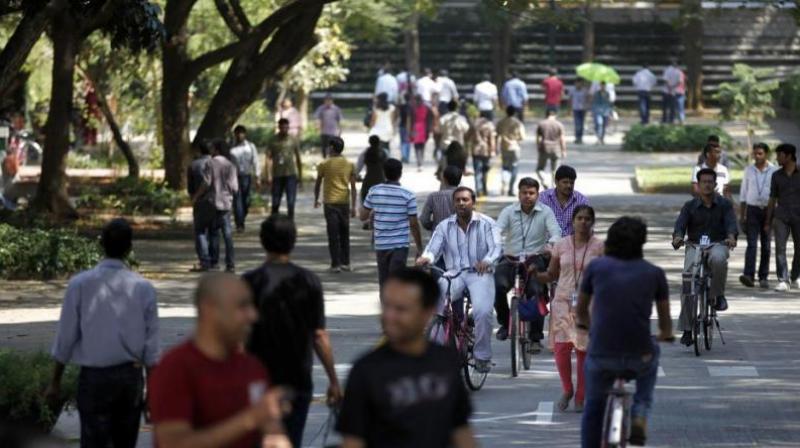 'US continues to be as welcoming as it has always been to qualified Indian travellers,' Kagan said, adding a record number of Indians flying to the US last year proves that people in India are aware that his country welcomes them. (Representational Image | AP)

"The US continues to be as welcoming as it has always been to qualified Indian travellers," Kagan said, adding a record number of Indians flying to the US last year proves that people in India are aware that his country welcomes them.

"We strongly encourage and welcome Indians to study in the US. We believe that Indians studying in the US and our students studying in India are part of the glue that holds our relationship together," he told PTI.

Indians who are in the US continue to have great opportunities there. The country is aware that Indians there want to be treated well. "If you look at the facts, you will see that the US continues to be just as welcoming as it has always been," he said.

Responding to another question, he said the US president is "very committed" to relations with India.

"If you look carefully you can see that from the very beginning of his administration, his time in office, the president and his team have emphasised the need to expand and strengthen the already good relations with India," he said.

"We welcome and are thrilled with the amount of Indian investments that are coming to the US," he added.

Kagan said the US wants to get the right policy framework favouring investments in both the countries and make sure that ties between people of the US and India remain strong.

Asked about the US withdrawing from the Paris pact on climate change, Kagan said his country is deeply committed to protecting the environment in the US and in the world.

"We recognise that there always are trade-offs and difficult decisions to be made, but we believe the way in which we go forward is by building popular support for the idea that we all have a shared stake in our world," he said.

The US had last year announced its decision to withdraw from the Paris Agreement on climate change and renegotiate the deal that was agreed upon by over 190 countries.

On the areas in which the US and India could further strengthen ties, Kagan said, "Having more travel, having more people know each other, expanding study, expanding partnerships in educational institutions, partnerships between businesses."

He underlined the need for getting the right regulatory framework, encouraging investments and capital flow to those who can use it, making sure venture capital is supported and that entrepreneurs and technology innovators can get access to support for their companies through loans and on a market basis.

"Making sure we continue to expand the collaborations between our educational and academic institutions and also look at ways to expand our business ties because those have been incredibly important in both the countries," Kagan added.