The RSS has, meanwhile, demanded a judicial inquiry into the “political killings” of its supporters and cadres in the Left-ruled state. 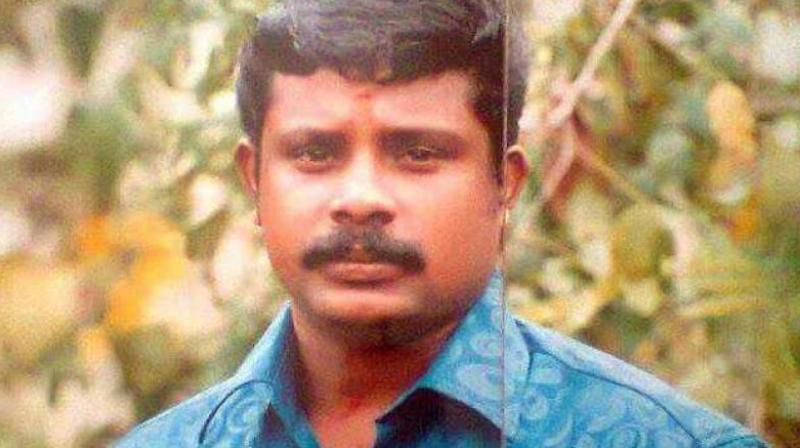 New Delhi: Forty-eight hours before Union finance minister Arun Jaitley is expected to visit family members of Rajesh, the RSS activist allegedly killed by CPI(M) workers, the National Human Rights Commission has slapped a notice on the Kerala government over growing incidents of political violence in the state and sought a report in four weeks. Mr Jaitley will also visit the homes of BJP ward councillors which were allegedly attacked by CPI(M) cadres in Thiruvanantpuram last week.

The RSS has, meanwhile, demanded a judicial inquiry into the “political killings” of its supporters and cadres in the Left-ruled state. The RSS alleged that chief minister Pinarayi Vijayan, who hails from Kannur, the epicentre of political violence, “is an accused in one such political murder”.

Attacking the RSS, CPI(M) general secretary Sitaram Yechury said the RSS did not respond to the Kerala government’s initiatives to end the political violence in the state and that violence was a part of the RSS’ strategy to expand its social base by creating terror.

The RSS top brass, sources said, has also been holding meetings with senior BJP leaders, including Central ministers, asking them to highlight and take up the issue of the killing of its wokers and supporters by Communist cadres with the national media. The issue was also raised by BJP MPs in the ongoing Monsoon Session of Parliament. Union home minister Rajnath Singh also spoke with the chief minister earlier this week, asking him to stop the violence. Kerala governor P. Sathasivam had also summoned Mr Vijayan and the state police chief to discuss the issue.

In its notice, the NHRC asked the state chief secretary and director-general of police to take effective measures to stop such incidents. The commission had in January taken suo-motu cognisance of the matter on the basis of a media report of the gruesome killings of RSS and BJP workers, and called for a report from the chief secretary along with specific information on whether any relief in these matters was granted to victims or their families.

Kerala CM Pinarayi Vijayan has called an all-party meet on August 6 in the wake of the murderous assaults on political party workers in the state.

Demanding a judicial probe into the “political killings” of Sangh Parivar workers, senior RSS leader Dattatreya Hosabale alleged that CPI(M) cadres were involved in the violence which was aimed at checking its expanding base in the state.

“The Kerala government should fulfil its constitutional responsibilities and check this political violence. There should be a judicial inquiry by either a judge of the high court or Supreme Court in the murders of RSS workers in the state,” Mr Hosabale said, addressing the media. He said Sangh Parivar cadres were being targeted as more and more ordinary people, including the poor, were now joining the RSS, which is “not going well with the ruling CPI(M)... that is why they are killing our workers”. The RSS leader attacked the Kerala CM, claiming that since he assumed the top post “violence has seen new heights”.

He also alleged Mr Vijayan, who hails from Kannur, the epicentre of political violence, “was an accused in one such political murder”.