The number plate of the vehicle was damaged and no identity card of the deceased was found. 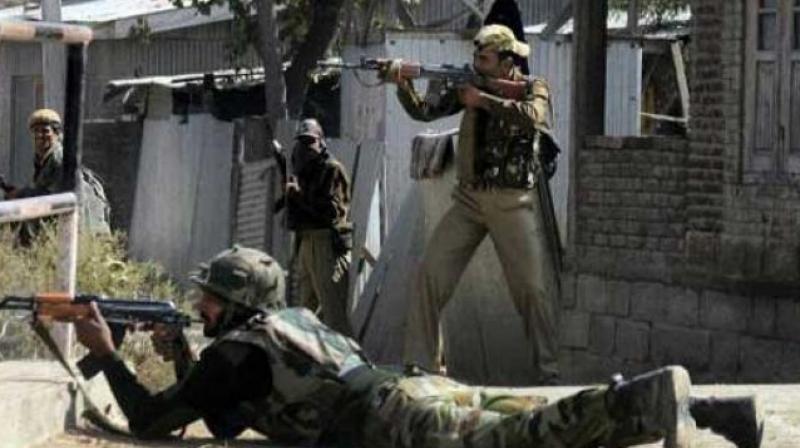 Srinagar: A newly-recruited local militant of Hizbul Mujahideen was gunned down in an overnight encounter with security forces that also resulted in the death of an unidentified person in the ensuing crossfire in south Kashmir’s Anantnag district, security officials said on Friday.

The encounter broke late Thursday night at Kanibal in Bijbehara of Anantnag district, 55 km from here, when the police along with Army and CRPF cordoned off a village following an intelligence input about the presence of militants, they said.

During the encounter, which lasted for two hours, one militant identified as Yawar, hailing from Anantnag, was killed while two other militants managed to escape under the cover of darkness, they said, adding that an Army jawan also sustained bullet injury but was stated to be stable.

Yawar, who was allegedly a “chronic stone pelter” of the area, had joined the militant outfit in the first week of last month, they said, adding that a self-loading rifle looted earlier from a police guard was recovered from him.

During the encounter, one motorcycle-borne individual, whose identity is yet to be ascertained, was found dead with bullet injuries, the officials said, expressing apprehension that he might have died in the crossfire.

The number plate of the vehicle was damaged and no identity card of the deceased was found. Two mobile phones were recovered from the deceased who was in multi-layered clothing.