India   All India  05 Aug 2017  Chhattisgarh bureaucrats turn to govt schools for their own kids
India, All India

Chhattisgarh bureaucrats turn to govt schools for their own kids

“Since I have admitted my child in the school, I will keep a watch on its education standard,” the police officer told this newspaper on phone. 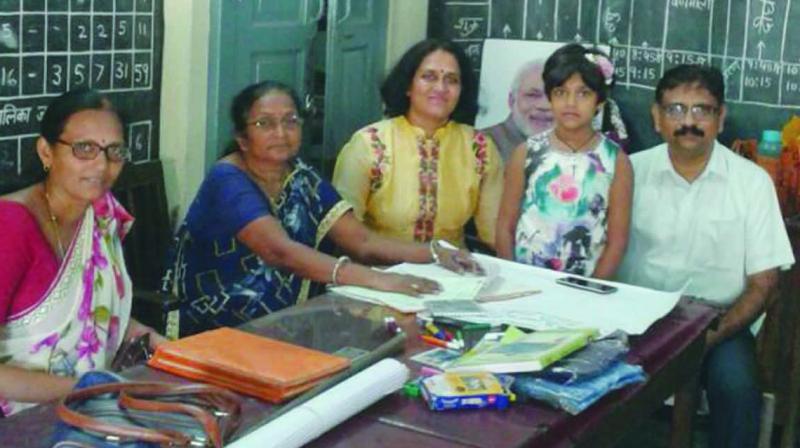 Bhopal: For the first time in the country, a couple of babus of Chattisgarh government have started a new trend — preferring government schools over private ones for their children. A couple of weeks after Balrampur district collector Avinash Kumar Saran admitted his five-year-old daughter Pragyan in the local government primary school, D Ravishankar, superintendent of police of State Intelligence Bureau of Chhattisgarh on Thursday followed suit.

“Since I have admitted my child in the school, I will keep a watch on its education standard,” the police officer told this newspaper on phone. He was the second serving bureaucrat in the Chhattisgarh government who dropped the idea of sending his child to an elite private school and got his daughter admitted in the state government-run primary school instead.

The Chhattisgarh government has assigned the IAS and IPS officers to teach in their designated schools once a week in a bid to improve the quality of education in these schools. Interestingly, the Allahabad high court had last year directed the Uttar Pradesh government to ensure that children and wards of babus are admitted in state government-run schools. The order is yet to be carried out in UP.