Dujana, a Pak national, figured at number 1 in the list of 12 'most wanted terrorists' released by the Army in June 2017. 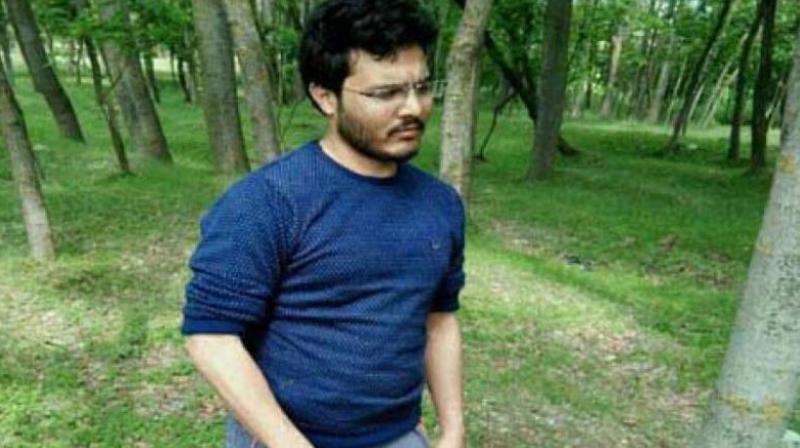 Musa while confirming his affiliation with Ansar Ghuzwat-Ul-Hind claimed that Dujana and Lalhari were its founding members. (Photo: Twitter)

Dujana, a Pakistani national, who figured at number one in the list of 12 “most wanted terrorists” released by the Army in June 2017, was along with another Lashkar-e-Taiba militant Arif Nabi Dar alias Rehan alias Arif Lalhari, a local Kashmiri, killed during a fire fight with the security forces in southern Pulwama district on August 1.

“In the making of Ansar Ghazwat-ul-Hind, they played a key role and became first martyrs of this jihad movement,” Musa said in an audio message which has gone viral on social media platforms.

Meanwhile, three gunmen believed to be LeT cadres were killed in a gun battle with the security forces in Sopore area of north-western Baramulla district overnight, officials in Srinagar said on Saturday.

Musa while confirming his affiliation with Ansar Ghuzwat-Ul-Hind claimed that Dujana and Lalhari were its founding members. He paid glowing tributes to the slain duo and said in the 2-minute audio “When Dujana joined us, the so-called bosses of jihad in Pakistan placed a number of hurdles for him.” He termed Dujana and Lalhari as ‘Mardan-e-Hur’ (the brave free men).

Musa, a close associate of slain Hizb-ul-Mujahideen commander Burhan Wani, had declared in April 2017 that Kashmiris should not “fall for nationalism”, the traditional goal of the separatists. He had threatened to chop off the heads of separatist leaders over their calling the struggle a political movement.

The separatist leaders Syed Ali Shah Geelani, Mirwaiz Umar Farooq and Muhammad Yasin Malik who are part of an issue-based alliance named by them as ‘Joint Resistance Leadership’ had earlier in a joint statement said that the ongoing “freedom movement” in Kashmir had nothing to do with ISIS and Al-Qaeda-like organizations. They had also said that there is no role for these groups in “our movement” which was “indigenous” and seeks freedom for 15 million people of the State and that the same is not driven by religion.

However, Hizb-ul-Mujahideen, the outfit Musa was affiliated to, quickly distanced itself from his statement and the ideology he was seeking to propagate.  Musa reacted sharply to it and announced that he is not associated with the Hizb anymore. He said he stood by his earlier statement.

Dujana alias Hafiz who carried a cash reward of Rs 1.5 million on his head had refused to surrender saying that God will decide his fate when trapped inside a private house in Pulwama’s Harkipora village along with Lalhari.

“Aaj bhi marna hai, kal bhi marna hai (one has to die either today or tomorrow)”, he had responded to the plea of a security forces’ officer made during a phone call before the duo was shot dead on August 1.

Meanwhile, the police said on Saturday that three LeT militants were killed in an encounter with the security forces in Amarghad area of Sopore, 50-km northwest of Srinagar, overnight.

A police spokesman in Srinagar said that acting on specific information about the presence of militants in Jamia Mohalla of Amargarh, the troops from Army’s 52 Rashtriya Rifles, J&K police’s counterinsurgency Special Operations Groups (SOG) and the 92, 177 and 179  battallions of the Central Reserve Police Force (CRPF) launched a cordon-and-search operation in the area during the intervening night of August 4 and 5.

“The militants hiding in the area opened fire on the joint search party, triggering an encounter. During the encounter, three militants of LeT were eliminated. Their identity is being ascertained,” the spokesman said. He added that three AK 74 rifles with magazines were found on the slain men.

The police also said that one of its men was injured during the encounter but added that his condition is stable.

As tensions are running high in the area after the killing of militants, the Additional Deputy Commissioner of Baramulla announced the closure of all government and private schools and colleges in Sopore. The Internet services were withdrawn in the area earlier.