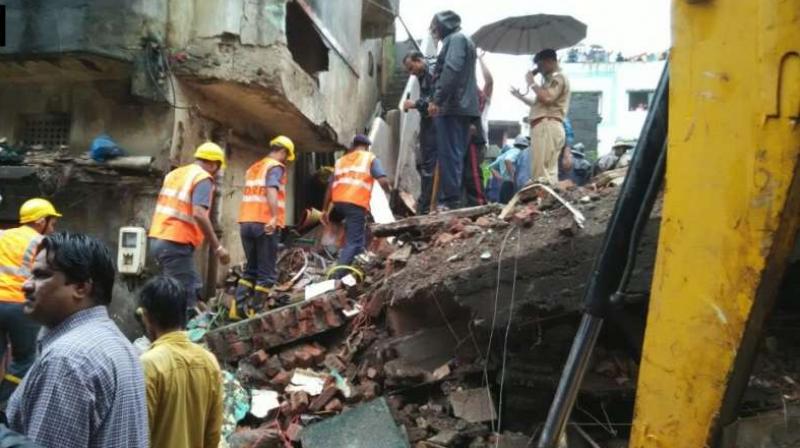 Thane: A vacant building in Thane city collapsed shortly before midnight amid continuous rains, an official said on Sunday.

Thane Regional Disaster Management Cell chief Santosh Kadam told PTI there were no injuries as the single-level structure was vacated over a month ago after it was declared dilapidated and dangerous.

The incident took place at around 11:30pm on Saturday in Telli Galli area, he added.

Thane district received average rainfall of 161.01 millimetres in the last 24 hours, the figure being 377 mm for Thane city, as per official data released here on Sunday.

Neighbouring Palghar district received 93.06 mm rainfall in a 24-hour period till Sunday morning, with Vasai and Palghar talukas getting the maximum 122.43 mm.