Locals were reportedly facing difficulties and hygiene issue are there due to the vehicles parked in the area. 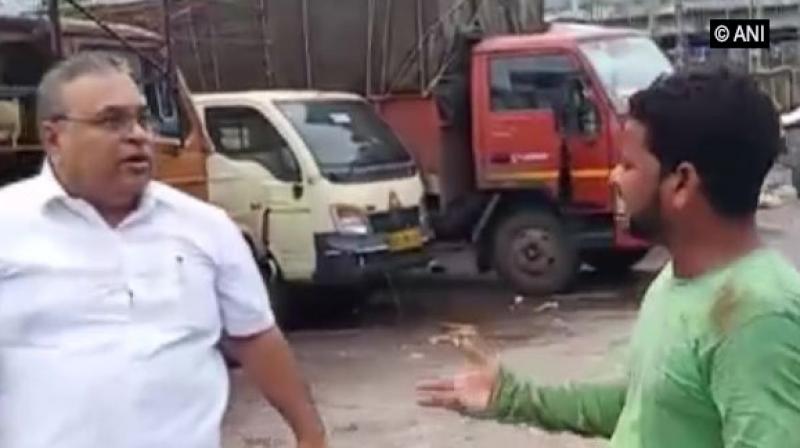 The incident took place around 10 am this morning. (Photo: ANI)

"I have been raising this parking issue with the Brihanmumbai Municipal Corporation (BMC) for the last two year but no action has been taken. So I had to take this action," said Vaidya.

The incident took place around 10 am this morning.

Locals were reportedly facing difficulties and hygiene issue are there due to the vehicles parked in the area.