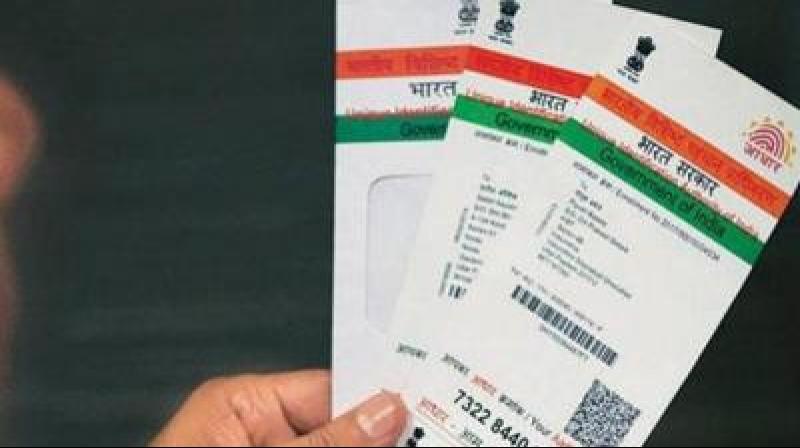 The petition added that the Ordinance and regulations permit the commercial exploitation of personal and sensitive information which has been collected and stored for state purposes only. (Photo: PTI)

New Delhi: Supreme Court on Friday issued notices to the Central government and The Unique Identification Authority of India (UIDAI) on a petition challenging the constitutional validity of Aadhaar ordinance for permitting voluntary use of Aadhaar as identity proof for opening bank accounts and procuring mobile phone connections.

The petition filed by advocate Vipin Nair said that the Aadhaar Ordinance creates a "backdoor to permit private parties" to access the Aadhaar eco-system, thus enabling state and private surveillance of citizens.

The petition added that the Ordinance and regulations permit the commercial exploitation of personal and sensitive information which has been collected and stored for state purposes only.

The petition sought direction "to declare the Aadhaar (Pricing of Aadhaar Authentication Services) Regulations, 2019 as ultra vires, unconstitutional, null and void, and in particular violative of Articles 14, 19 and 21 of the Constitution of India."