Savitri and Narayanan Sitharaman arrived in a separate car in Parliament. 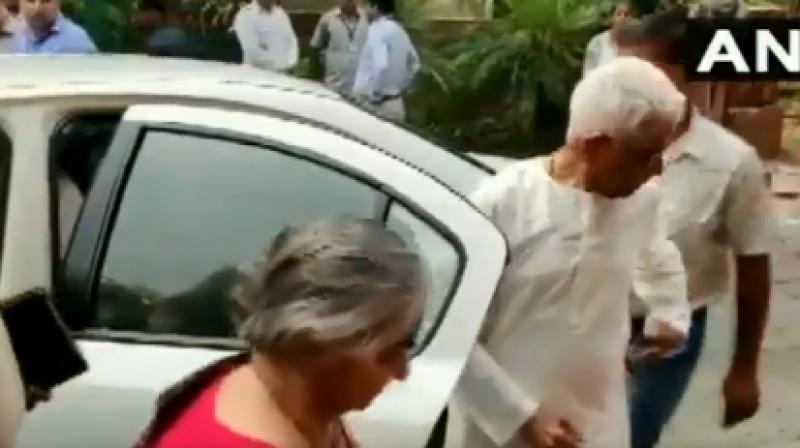 Savitri and Narayanan Sitharaman arrived in a separate car in Parliament. (Photo: ANI)

Savitri and Narayanan Sitharaman arrived in a separate car in Parliament.

#WATCH Delhi: Parents of Finance Minister Nirmala Sitharaman - Savitri and Narayanan Sitharaman - arrive at the Parliament. She will present her maiden Budget at 11 AM in Lok Sabha. #Budget2019pic.twitter.com/TnV5xu6ZRX

Before the speech, she made a statement by swapping the iconic briefcase with the traditional Indian bahi khata. She posed with a red cloth folder enclosed with a string and embossed with the national emblem. She was flanked by her junior minister Anurag Thakur, Finance Secretary SC Garg, and Chief Economic Advisor Krishnamurthy Subramanian, among other officials.

Earlier, during the traditional halwa ceremony head of the Budget session, she had untied the ribbon instead of cutting it.