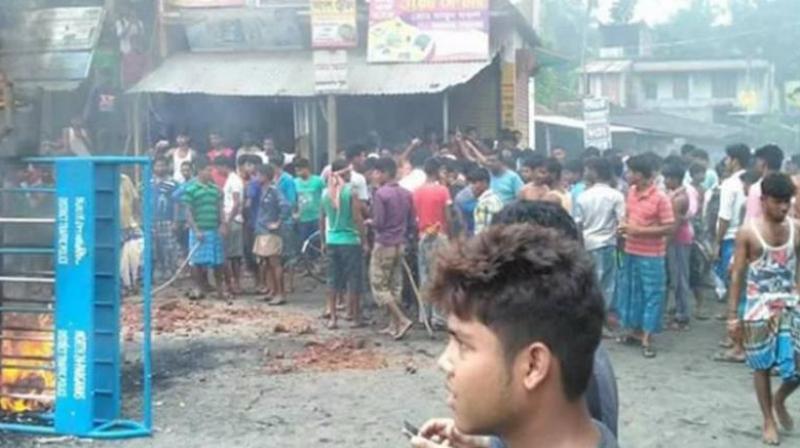 Kolkata: The Centre on Tuesday deployed about 400 troops of paramilitary Border Security Forces (BSF) in West Bengal to control communal violence following a request from the state government.

Riot erupted in the area close to the Indo-Bangla border after a youth, Sourav Sarkar from Rudrapur, allegedly uploaded an inflammatory post on his Facebook account which went viral and hurt the sentiment of a minority community on Sunday leading to a clash.

Although Sourav fled at night, he was later arrested by the police from a paddy field. The accused has been remanded by the Basirhat Sub-Division Court in the police custody for four days.

On being questioned on the communal clashes in Basirhat, Chief Minister Mamata Banerjee violently accused Governor Keshari Nath Tripathi of threatening and insulting her over phone during their conversation on the reports of violence.

Exploding in fury at the state secretariat, Nabanna, she told the media in the afternoon, "The Governor called up me on my phone and threatened me. He also insulted me. I never felt so humiliated in my life. I was so deeply hurt that I thought I would quit my post. The Governor was talking like a BJP Block president. He cannot threaten me."

Banerjee said, "His post is constitutional. A Governor is appointed by the Centre while the CM is elected by the people of the state. I made it clear to him that he cannot talk to me in that tone. I have not become the chief minister with his blessings. We are neither thieves nor dacoits."

On Tuesday evening, the Raj Bhavan in a statement rubbished the CM's allegations.