Calls for freedom of navigation in South China Sea. 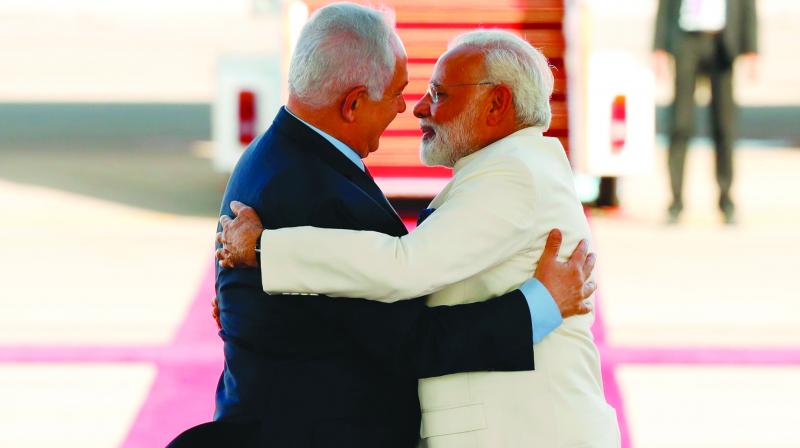 New Delhi: Even as India and Vietnam on Tuesday explored ways to deepen defence cooperation and deliberated on the situation in the disputed South China Sea — amid the current border stand-off between India and China — visiting Vietnamese Deputy Prime Minister Pham Binh Minh hoped India would continue to support Asean countries in their efforts to ensure the freedom of navigation to ensure peace in the South China Sea on the basis of international law.

Observers are seeing the comment as a veiled message to China. Speaking at the “Delhi Dialogue” event in the Capital in the presence of external affairs minister Sushma Swaraj and other senior delegates of Asean — the 10-member Southeast Asian nations’ grouping — the Vietnamese Deputy PM, who is also his country’s foreign minister, said Asean “supports” India to play a greater role in the region to strengthen collaboration “to respond to emerging challenges”.

Later in the day, defence minister Arun Jaitley held talks with the Vietnamese Deputy Prime Minister during which various aspects of defence cooperation between the two countries were discussed. The two sides also deliberated on the regional security situation and explored ways to further boost defence cooperation, according to news agency reports. The Vietnamese dignitary is understood to have apprised Mr Jaitley about the situation in the South China Sea.

Meanwhile, at the Delhi Dialogue event, there was no direct reference to China by the visiting Vietnamese dignitary but there was no mistaking as to whom the veiled reference was to. China has been apprehensive of India’s naval ties with Vietnam and the presence of Indian warships in the South China Sea. Beijing, on the other hand, has been expanding its own presence in the Indian Ocean Region (IOR), including regular deployment of its submarines.

Vietnam, along with some other Asean countries like the Philippines, has maritime disputes with China. About a year ago, the international Permanent Court of Arbitration (PCA) ruled against China in a bitter row over territorial and “concluded that there was no legal basis for China to claim historic rights within the South China Sea areas falling within the ‘nine-dash line’.

The PCA had announced its judgement on a maritime dispute between China and the Philippines.

Asserting that it “does not accept and does not recognise” the ruling, China had then rejected the verdict as “null and void”.

Vietnam — which fought a border war with China in 1979 — has strategic ties with India, which was also attacked by China in 1962. Among the 10 Asean nations, India has the closest ties with Vietnam.

China has been flexing its military muscle in the South China Sea, which has made the Asean countries increasingly nervous. India on the other hand has been stepping up its ties with these nations as part of PM Narendra Modi’s ‘Act East Policy’.

India has also been expanding its ties with Myanmar, which is also an Asean country that has been previously under the Chinese sphere of influence. External affairs minister Sushma Swaraj spoke about the historical ties between India and the Asean countries.