The law panel has batted for making registration of marriages compulsory, saying that it could help prevent marriage fraud. 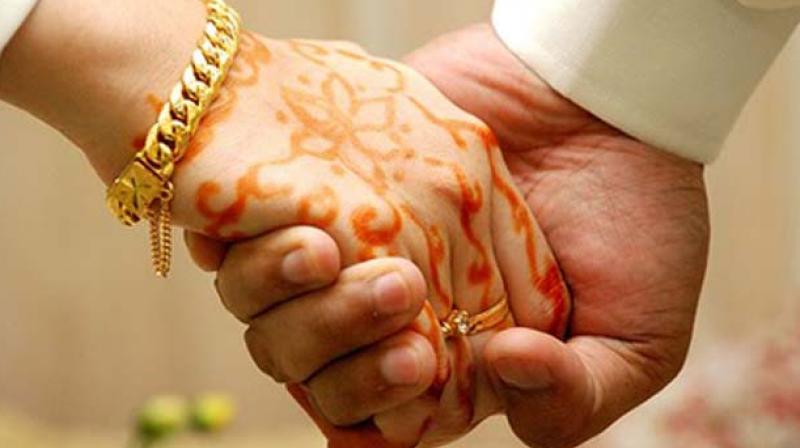 Once enacted, the amended law would enable better implementation of many other civil as well as criminal laws. (Representational Image)

New Delhi: The Law Commission of India has batted for making registration of marriages compulsory, saying that it could help prevent “marriage fraud” and protect women often denied the status of a wife due to the absence of matrimonial records.

The Commission, in a report submitted to the law ministry on Tuesday, said in the absence of compulsory registration, women are duped into marrying without the condition of a valid marriage.

“This deprives women of societal recognition and legal security. Such fraudulent marriages are especially on the rise among non-resident Indians. Compulsory registration can serve as a means to ensure that condition of a valid marriage have been fulfilled,” the report said.

The panel, which advises the government on complex legal issues, said it is of the opinion that compulsory registration of marriages is a “necessary reform”.

It said a minor amendment to the Registration of Births and Deaths Act, 1969, by including the provision of compulsory registration of marriage would serve the purpose. It made clear that there is no need to amend the personal laws dealing with marriages.

The report pointed out that the courts have time and again emphasised on making the registration of marriage compulsory to prevent denial of status to women and to children born out of wedlock.

“Instances of marriage fraud have also come to light in recent times. In the absence of compulsory registration, women are duped into marrying without performance of the conditions of a valid marriage,” it said.

The panel pointed out that in India, because of its size, population and the sheer diversity of customary forms of marriages, it has often been canvassed that such an endeavour to register all marriages would be difficult.

“However, the difficulty in implementation does not overshadow the merits of such an enactment. Once enacted, the amended law would enable better implementation of many other civil as well as criminal laws. “It would provide citizens, not new rights but better enforcement of existing rights under various family laws that grant and provide to protect many rights of spouses within a marriage,” the commission said.