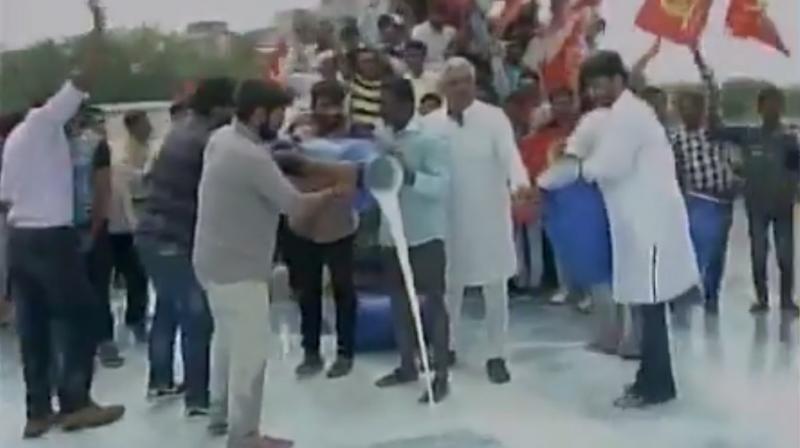 The demonstration was led by Thakor Sena's Alpesh Thakor who had earlier warned that the farmers will stop selling milk to the dairies and spill it on the streets instead.

Authorities tried to control the situation but to no avail, as the livid farmers continued to waste milk.

"At this time we have announced milk ban in entire Gujarat for two days. After that we will march from Gandhi ashram to Gandhinagar. Even after that if government does not change anything then on July 8, 9 and 10, we will organise a big protest where thousands of farmers will join and demand to waive off our loans. If government does not accept our demands then whole India should know that farmers of Gujarat have the capability to change those in powers," Thakor said.

On June 1, two tankers of milk were spilled on the road in Shirdi as farmers from several districts went on indefinite strike in Maharashtra.

The farmers have demanded a loan waiver after being distressed over falling prices of agriculture produce and other related issues.