“Cow protectors are victims not tyrants as some people are trying to establish,” said the VHP’s international joint secretary. 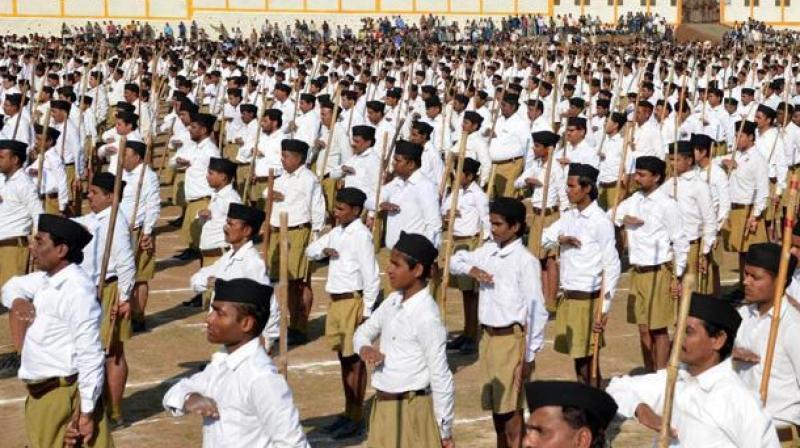 VHP’s Surendra Jain alleged that lynching by cow smugglers should come to an end and demanded that a law banning cow slaughter should be enacted. (Representational image)

New Delhi: After Prime Minister Narendra Modi’s stern message to cow vigilantes that killing in the name of cows is unacceptable, Sangh Parivar affiliate Vishwa Hindu Parishad (VHP) said that “gau-rakshaks” were victims of a campaign to malign them and the sacred work that they are involved in.

Asserting that there is no place for violence in the “holy resolve to protect the cow”, the VHP’s Surendra Jain alleged that lynching by cow smugglers should come to an end and demanded that a law banning cow slaughter should be enacted. Citing the recent “Not In My Name” campaign, the VHP asked why promoters and supporters of this campaign came togther when cow smugglers “lynch” cattle owners and cow protectors. Mr Jain said that the campaign was perceived to be financed by the meat export lobby. He said that those who had questioned the hanging of Mumbai serial blasts convict Yakub Memon, asked proof of surgical strikes and stood with the stone-pelters of Kashmir, partcipated in this campaign.

“Hatya kisi ki bho, ye uchit nahin... sab ke khoon ka rang ek hota hai... par selective nahien hona chahiyae (killing is condemnable, but there should not be selective reporting in the media on lyncing by a cow vigilante and a cow smuggler),” said Mr Jain. He said that there were numerous incidents when even policemen were killed by cow smugglers, but the “award wapsi” gang never campaigened for them.

“In last 10 years, more than 50 policemen and gau rakshaks (cow protectors) were killed by the cow killers... These killers or jehadis have brutally murdered the innocent committed for the cause of cow protection... Why does no one talk about these lynchings?” asked Mr Jain, even as he cautioned against the conspiracy to malign the “holy vow of cow-protection” by the meat lobby.

“Cow protectors are victims not tyrants as some people are trying to establish,” said the VHP’s international joint secretary.