India   All India  05 Jul 2017  Farmers' outfit to take out rally to Delhi from Mandsaur
India, All India

Farmers' outfit to take out rally to Delhi from Mandsaur

On July 18, the rally will reach Delhi where farmers will hold a protest in front of Parliament. 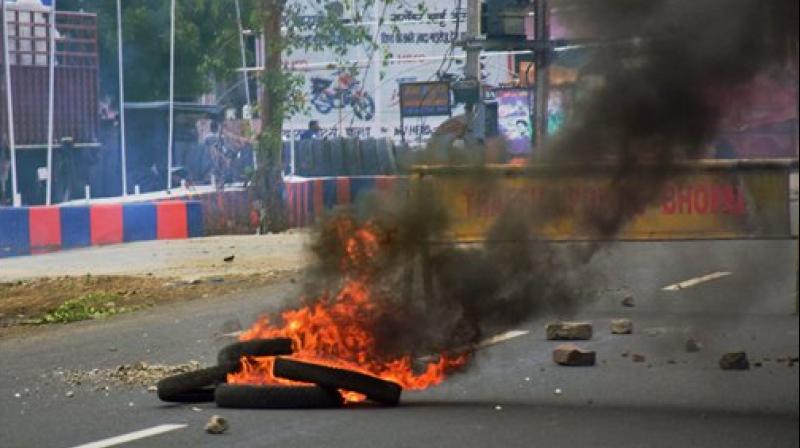 Bhopal: A farmer's outfit in Madhya Pradesh plans to take out a rally to New Delhi from Mandsaur, where five peasants were killed in police firing a month ago, to take forward the demand for remunerative prices for produce and waiver of farm loans.

The inter-state road campaign, being organised by the Madhya Pradesh Kisan Sabha, will start from Mandsaur and cover various places in Maharashtra and Gujarat, before reaching New Delhi later in July.

On July 18, the rally will reach Delhi where farmers will hold a protest in front of Parliament. It will continue the march and culminate at Champaran in Bihar on October 2, the birth anniversary of Mahatma Gandhi.

The farmers in the state had in June gone on an agitation, stopping supply of milk, food grains and vegetables to protest the lack of good prices for their produce.

On June 6, five farmers were killed as the agitation by peasants demanding a loan waiver and remunerative prices for their produce turned violent in Mandsaur.

"More than 150 farmers' bodies are taking part in this four-wheeler rally. The almost three-month-long rally is going to start with the collection of soil from the villages of the five farmers killed in police firing on June 6," MP Kisan Sabha President Jaswinder Singh, who is in Mandsaur, said over phone.

He said the morcha will start from MP and then travel through Maharashtra and Gujarat. On July 18, the farmers' rally will reach Delhi where they will hold a protest in front of Parliament.

Singh said the farmers from different parts of the country are expected to participate in the rally which will conclude in Champaran on October 2.

He said the morcha is being taken out to press for the remunerative prices for farm produce.

"We want that the recommendations of the Swaminathan Commission (for the welfare of farmers) should be implemented immediately," Singh said.

The implementation of the Swaminathan Commission's report was one of the promises made in BJP's manifesto during the Lok Sabha polls. Not only this, Prime Minister Narendra Modi had later announced that it will be implemented. But this has not happened yet, he said.

"We want that loans of farmers should be waived off," Singh said.