The debris was spotted by one of the five police teams detailed under Papum Pare deputy superintendent of police Neelam Nega. 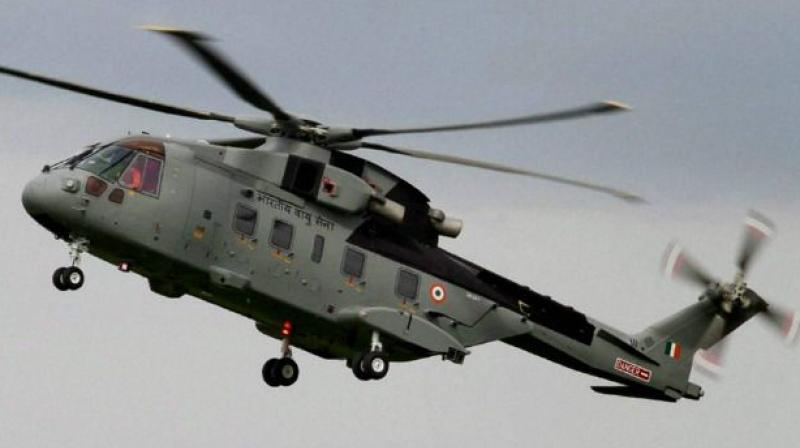 Itanagar: An Arunachal Pradesh police team on Wednesday spotted the debris of an IAF chopper, which had gone missing on Tuesday, in a deep ravine, but the fate of the three-member crew was still not clear.

Rescue teams are scouring the area for the crew, a top police official said.

The aircraft had gone missing near Sagalee in Papum Pare district.

IGP (Law and Order) Nabin Payeng said the debris of the chopper was sighted from a hill top at Chopo Yoha in the district by a police team at the confluence of a waterfall and the Nyorch river.

"Since the spot is located in a deep gorge, rescue teams will take time to reach," Payeng said, adding the fate of the crew members was not yet known.

The debris was spotted by one of the five police teams detailed under Papum Pare deputy superintendent of police Neelam Nega.

The Indo-Tibetan Border Police along with Arunachal Pradesh police and India Reserve Battalion had launched a massive search operation since morning to locate the Advanced Light Helicopter (ALH) of the IAF which was engaged in flood rescue mission in the state. It had gone missing on Tuesday at 3:50 pm after take off from Pilputu helipad near Sagalee.

The helicopter was evacuating people stranded in Sagalee and Dambuk due to massive landslides caused by heavy rain.

Tezpur-based Defence spokesperson Lt Col Sombit Ghosh said the chopper had gone out for flood rescue operations from its base at Jorhat on Tuesday morning.

Sagalee additional deputy commissioner J Pertin said the IAF helicopter, which was pressed into service to evacuate people stranded due to floods in Sagalee, had made five sorties since it arrived there at around 10:30 am on Tuesday.

"On the sixth sortie to Naharlagun the crew did not take the last batch of nine civilians for unknown reasons and took off from Sagalee," he added.

Sagalee is north of Itanagar while Dambuk is in Lower Dibang Valley district, which is about 350 km east of Itanagar.

In May last, two pilots of the Indian Air Force had died when a Sukhoi-30 fighter jet crashed near the Assam-Arunachal Pradesh border.