June 5 is observed as World Environment Day and the Indian Railways has its own way of contributing to the cause. 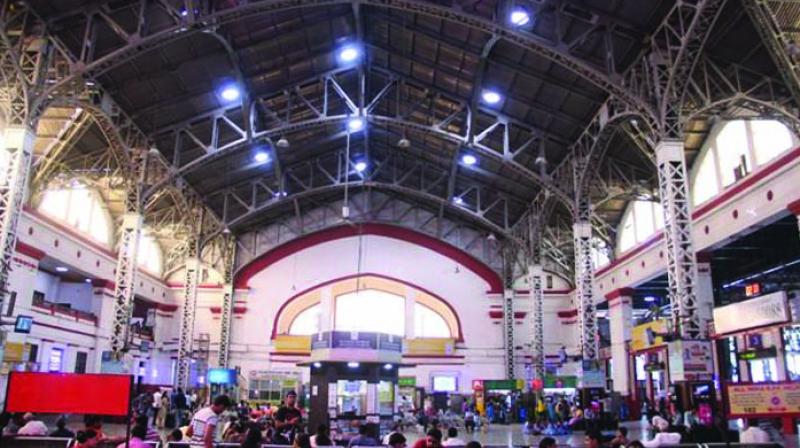 Among many initiatives, Indian Railways has installed LED lights on railways stations.

New Delhi: From cutting down on fuel consumption, to launching massive afforestation drive along the railway tracks, installation of LED lights and introduction of bio-toilets on coaches to ensure zero discharge of human waste on tracks, Indian Railways has taken several special initiatives to mitigate environmental impacts, reduce Green House Gas emissions and go green in a big way.

June 5 is observed as World Environment Day and the Indian Railways has its own way of contributing to the cause. At the Lower Parel workshop of the Western Railways, environmental parameters like air quality, waste water quality and noise level are monitored regularly for reducing dust emission. According to Railways, this has reduced in internal material transportation to considerable extent and thus cutting down emissions from dust and air pollutants.

In order to check air pollution the Western Railways is also using fuel effectively. It has heavily cut down on coal consumption — from 46.78 kgs coal per day in 2016-17 to 18.22 kgs per day in 2018-19. The consumption of diesel oil too has been brought down, by putting in service electrically operated leister trucks for in-house transportation of materials, minimised material movement due to ASRS to reduce emission of air pollutants. According to Railways, in 2018-19, 80.36 litre per day diesel is being used as against 101.36 litre per day in 2016-17. The hazardous waste too is disposed off in a systematic manner to authorised recyclers to avoid air pollution.