India   All India  05 Jun 2018  Punch officials, thrash with shoes if they demand bribes, says UP BJP MLA
India, All India

Punch officials, thrash with shoes if they demand bribes, says UP BJP MLA

Angry with staff at Bairia tehsil office for allegedly seeking bribes, the MLA on Tuesday observed a 'chetavani diwas' or 'warning day'. 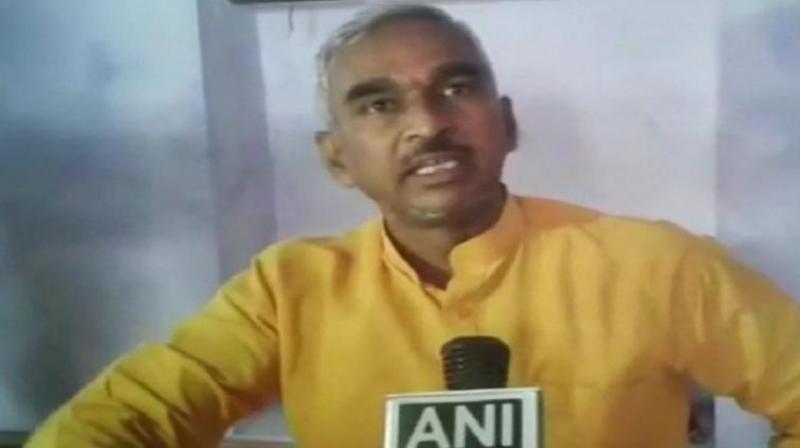 Surendra Singh defended his remark later, saying it was in the interest of the people and he was ready to go to jail for their welfare. (Photo: File/ANI)

Ballia (UP): A ruling party MLA in Uttar Pradesh has asked his supporters to thrash government officials with shoes if they demand a bribe.

Give them a "ghoosa" (punch) if they ask for "ghoos" (bribe), Surendra Singh, the BJP MLA from Bairia, told his supporters.

Angry with the staff at the Bairia tehsil office for allegedly demanding bribes, the MLA on Tuesday observed a 'chetavani diwas' or 'warning day'.

In the presence of reporters at the office, he urged his supporters to record the voice of any official who demands a bribe "and present him before me".

"If he does not agree to do his work, teach him a lesson by punching him and if he still does not agree, thrash him with shoes," he said.

"Ghoos mangey to ghoosa do, nahin maaney to joota do (If they ask for bribe, punch them. If they still don’t understand, thrash them with shoes)," he said, coining a slogan.

Singh defended his remark later, saying it was in the interest of the people and he was ready to go to jail for their welfare.

The BJP MLA is known for making controversial statements.

After the recent Kairana Lok Sabha and Noorpur assembly bypolls, he had blamed the ministers in the Yogi Adityanath government for the party's humiliating defeat at both places.

He said if certain ministers were not removed from the state cabinet, the ruling party's downfall in UP was certain.

Singh had said if the grievances of the poor people are not heard at police stations, tehsil offices and block offices, they will not vote for the BJP.

"The BJP government has not been able to give a transparent government," the MLA said in a remark that embarrassed the party.

He had also endorsed the view of senior JD(U) leader K C Tyagi that the rising prices of petrol and diesel were responsible for the BJP's defeat in the recent by-elections.

In the past, Singh has said the 2019 Lok Sabha elections will be an "Islam vs Bhagwan" battle.