The driver, who has now been arrested, also threatened her that he would share her pictures on social media. 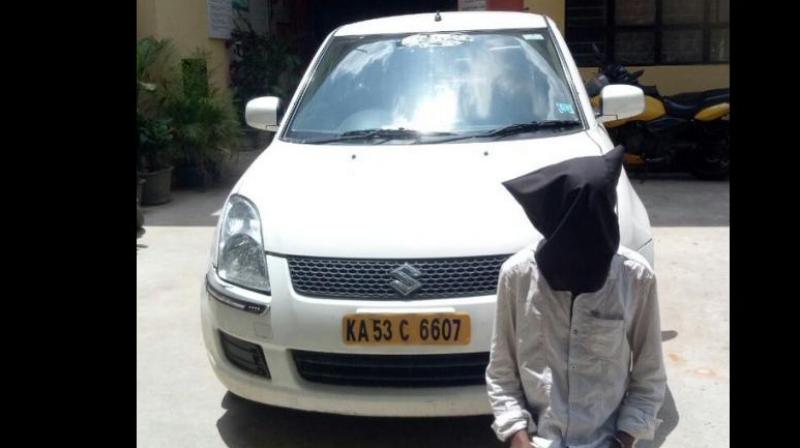 The 26-year-old woman, an architect, had booked an Ola cab from her residence to the airport on June 1, Friday, around 2 am. (Photo: ANI/Twitter)

Bengaluru: A 26-yr-old woman was taken aback when her Ola driver took a detour when she was on her way to Bengaluru airport. However, it did not end there as the driver then went on to allegedly molest the woman and force her to strip for photos which he later shared on WhatsApp, police said.

Based on her complaint, the driver has been arrested, police said on Tuesday.

The young woman, an architect, had booked an Ola cab from her residence to the airport on June 1, Friday, around 2 am. The driver took a detour just before the toll gate claiming that the other route was faster.

Once the driver reached a secluded spot, he allegedly started molesting the woman and forced her to strip and pose for pictures. He also threatened her that he would share pictures on social media if she refused to follow his instructions.

To escape the driver, the woman allegedly begged him and assured him she would not tell anyone. Convinced, the driver finally dropped her at the airport. She then emailed a complaint to the police, an NDTV report stated.

Based on her complaint, the police registered an FIR under relevant IPC sections and eventually arrested the driver.

An Ola spokesperson said, "We regret the unfortunate experience the customer had. We've zero tolerance for such incidents and the driver has been blacklisted. Safety of customers our top priority. We're extending full support to the police."