India   All India  05 May 2020  Modi's veiled attack on Pakistan at NAM Summit: Some busy spreading 'terror virus'
India, All India

Modi made these comments during his address to the Online Summit of the “Contact Group” of the Non-Aligned Movement (NAM). 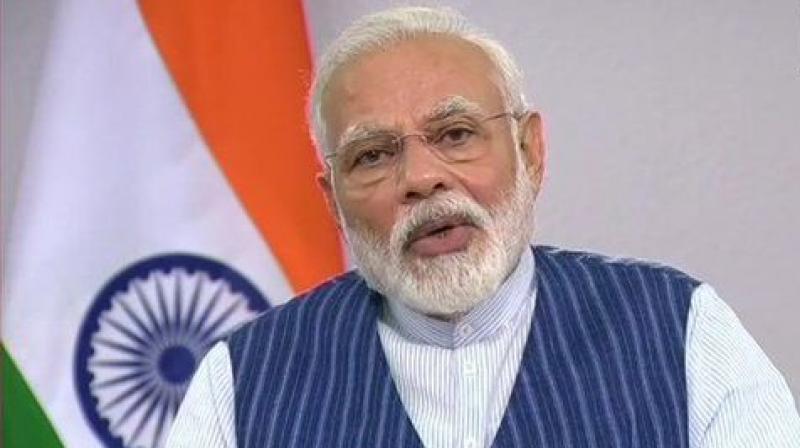 New Delhi: Slamming Pakistan in a veiled manner without naming it, Prime Minister Narendra Modi on Monday evening said that even as the world is fighting the novel coronavirus pandemic, “there are some who are busy spreading other deadly virus, such as terrorism, fake news and doctored videos to divide communities and countries”.

Modi made these comments during his address to the Online Summit of the “Contact Group” of the Non-Aligned Movement (NAM) on Monday through video-conferencing on the raging pandemic.

Modi’s comments come in the wake of terror attacks in Kashmir on Sunday and Monday and in the midst of social media messages and posts that raise the issue of Muslims being targeted in the country by Hindutva forces.

The Prime Minister, declaring that he would, however, “focus on the positives”, pointed out that India has ensured medical supplies during the pandemic to 123 nations, including 59 NAM members, while describing the pandemic as the “most serious crisis in many decades” faced by humanity.

“PM Modi was joined by over 30 other heads of state and government and other leaders, including from member states in Asia, Africa, Latin America and the Caribbean, and Europe,” the MEA said.

After the Online Summit, the NAM leaders announced the setting up of a task force to identify the needs of member states through a common database reflecting their basic medical, social and humanitarian requirements in the fight against Covid-19, the MEA said.