He also claimed that Prime Minister Narendra Modi does contrary to what he claims. 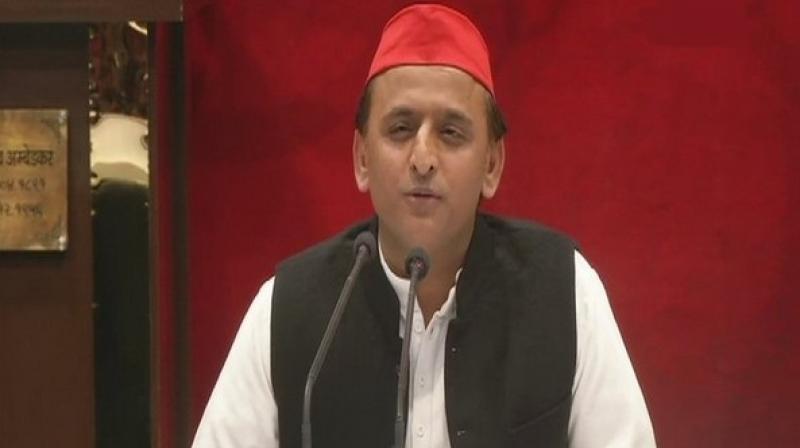 'He is 180 degrees Prime Minister and he does just the opposite of whatever he says.' (Photo: File)

Lucknow: Samajwadi Party (SP) chief Akhilesh Yadav on Sunday said the SP-BSP alliance will play a key role in forming the government at the Centre and in deciding who will be the next Prime Minister of the country.

"I want to tell this to the BJP people that in coming days, SP-BSP alliance will decide which new government will be formed at the Centre and who will become the new Prime Minister," said Yadav.

He also claimed that Prime Minister Narendra Modi does contrary to what he claims.

"He is 180 degrees Prime Minister and he does just the opposite of whatever he says. He is the PM of only 1 per cent of the population. So he has issues with those who are in favour of social justice and are taking the nation towards a change," said Yadav.

Yadav claimed that the BJP is not going to form the government again and hence are using central agencies at their disposal to target opponents.

He said: "Their count is disturbed. They know they won't be able to form the government, so they are taking help of IT, CBI, ED. Earlier, there was never a CBI raid on anyone after implementation of MCC. However, it is the first government which wants to scare people even after elections started and MCC is in effect."