India   All India  05 May 2018  One of 2 terrorists holed up inside house in Srinagar's Chattabal gunned down
India, All India 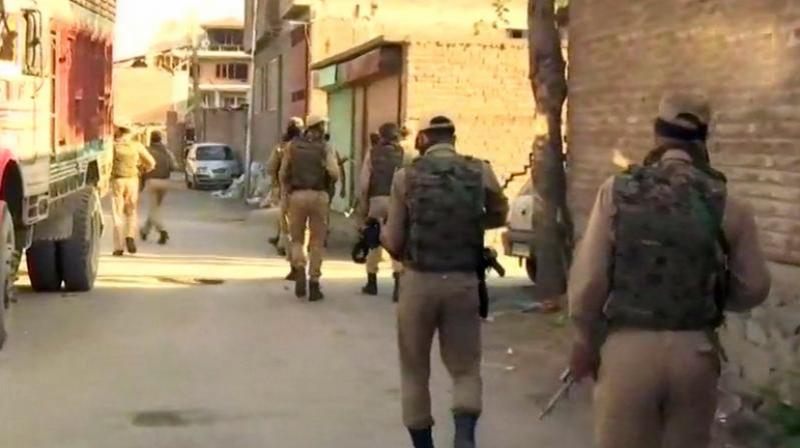 Encounter underway in Srinagar's Chattabal area where two terrorists are holed up inside a house. (Photo: ANI | Twitter)

Srinagar: One of the two terrorists holed up in a house at Srinagar's Chattabal area has been gunned down by security forces on Saturday morning.

An encounter broke out in the morning between security forces and terrorists where two terrorists were hiding inside the house.

Security forces launched a cordon and search operation in Tabela Chattabal in Safakadal following inputs about the presence of militants in the area, a police official said.

"The search operation turned into an encounter after the hiding militants fired upon the search party of the security forces, who retaliated," the official said.

"The gunfight is still on," the official said, adding that further details were awaited.

One CRPF personnel was injured during the encounter with terrorists.

(With inputs from PTI and ANI)