AK 47 rifles, hand grenades, wire-cutter, and matrix sheets were recovered from the site which hinted that a terror attack was in the works. 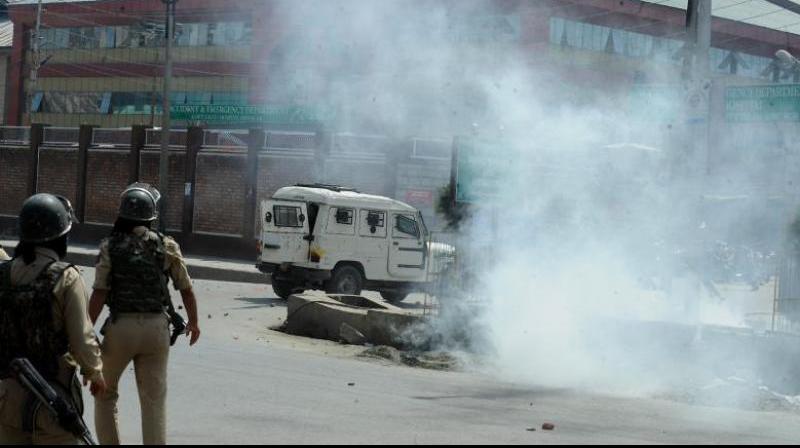 The gunfight broke out between militants and security forces in Gasi Mohalla area of Srinagar. (Photo: H U Naqash)

Srinagar: Jammu and Kashmir police on Saturday stated that the militant trio, killed in an encounter with security forces in Srinagar’s Chattabal area earlier on Saturday, was planning a major terror strike.

The trio had planned a terror attack in the summer capital Srinagar on the eve of reopening of the ‘Darbar move’, the bi-annual office move.

The 'Darbar move' is the bi-annual shift of the secretariat and all government offices of Jammu and Kashmir from one capital city to another.

The police said that one of the slain militants was Fayaz Ahmed Hamaal, a resident of Srinagar’s Fatah Kadal locality, whereas identities of the two others killed with him are yet to be ascertained.

“On the basis of materials recovered it is assessed that this group was intending to carry out some major terror attack which was foiled,” a statement issued by the police said.

Meanwhile, the police said that the Special Police Officer (SPO) Showkat Ahmed Dar shot at by militants in southern Pulwama district continues to be critical in hospital.

An earlier report had said Dar was declared brought dead to a hospital after he was shot at a filling station in Pulwama’s Rahmoo area on Saturday.