India   All India  05 May 2018  After decades, Bollywood back in Kashmir Valley
India, All India

After decades, Bollywood back in Kashmir Valley 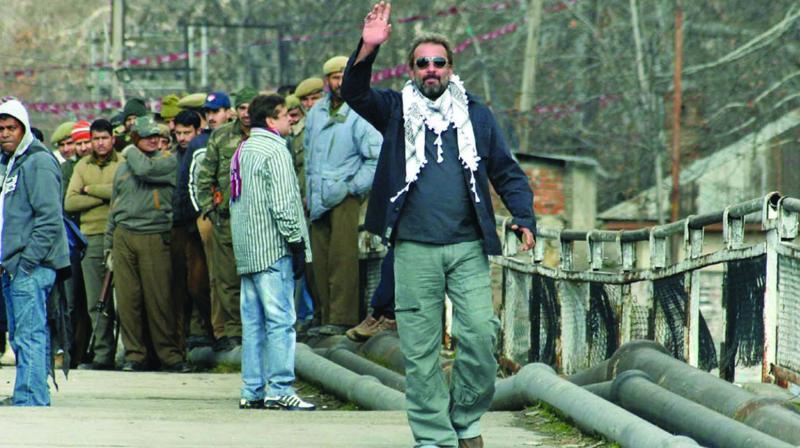 Srinagar: Bollywood has returned to Kashmir massively. The scenic Valley saw several film units from Mumbai busy in outdoor shooting at various locations including 2,800m high Sonamarg, the “meadow of gold” in north of capital Srinagar, during the past fortnight.

Among the actors who came to J&K shooting for new ventures included Salman Khan, Abhishek Bachchan and Jacqueline Fernandez. Before the separatist bubble burst in 1989, J&K’s dissimilarity was that it had, for decades, remained one of the most favourite shooting locations of Bollywood. Even the regional language film makers would turn to the Valley as it offered natural beauty at a cheaper rate than the man-made loveliness available to them at a much higher cost elsewhere in the country and abroad like in Switzerland.

Tourism officials said that as many as eight film crews from Mumbai, Delhi and London were in J&K in April. But there is a rider here. The tourism department gives expeditious permission for film shootings in case the script is “positive” and refuse the same in case it is “negative”. 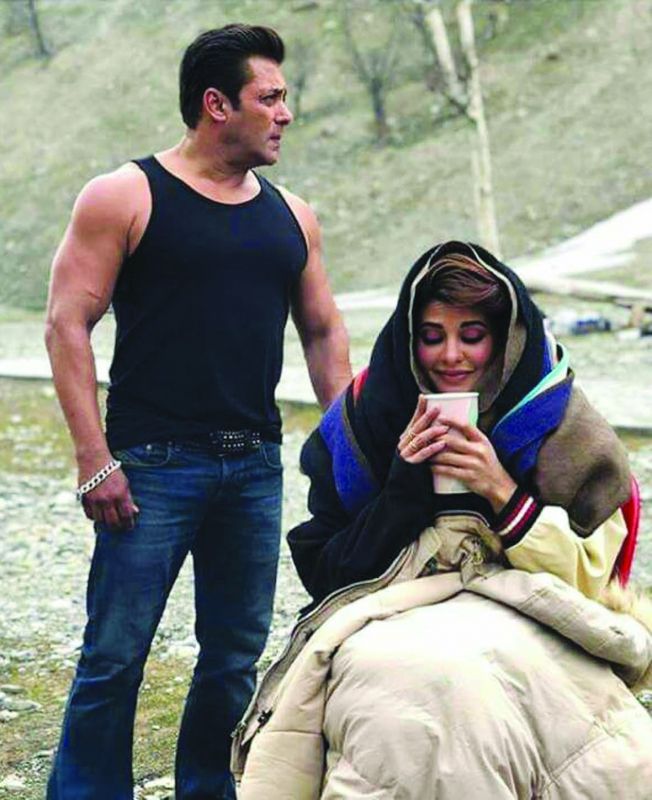 Salman Khan with Jacqueline Fernandez during shooting of films in Srinagar.

Director tourism Mahmood A. Shah said, “Bollywood has been coming to J&K  for ages, but after 1989 they started portraying Kashmir negatively. Now romance is getting back into the scripts of Bollywood movies. The films which were shot in the Valley in the recent years like Bajrangi Bhaijaan, Fitoor and now Race 3 have portrayed J&K as a romantic destination and not as strife-torn one, which is good.”

“Kashmir is the most shooting-friendly place in India and Bollywood knows it. They feel at home here,” Mr Shah asserted. He added, “Another advantage is the places, which they normally choose for shooting are conveniently located and they have to spend much less here than they do elsewhere.”

In fact, in the 1960s and early 1970s, a Bollywood film minus the Valley's natural and scenic loveliness was considered incomplete. With the first militant bullet being fired, and security forces responding by launching a counter-insurgency campaign, Hindi as well as regional language film-makers bid adieu to the Valley.

When the J&K Assembly elections were held for the first time in 1996 and which had returned J&K's flamboyant politician Farooq Abdullah to power, the government made an all-out effort to convince Bollywood that the situation has improved; hence they should turn to the Valley again.

Even Mufti Muhammad Sayeed who succeeded Abdullah as the chief minister in 2002 elections tried to carry the image-buildup drive, but failed miserably.

“Kashmir is as beautiful as before,” Yash Chopra said, while visiting the Valley heading a delegation comprising Bollywood celebrities in April 2003.

A couple of years before that actor Sanjay Dutt won the hearts of Kashmiris when he appeared at the outdoor shooting of Lamha on Srinagar’s landmark Zero Bridge wearing a black-and-white kaffiyeh, gifted to him by a local photojournalist as a sign of his solidarity with the Palestinians. Earlier in 2008, following the violent agitation over the Amarnath land row, Bipasha Basu had stormed off the shoot citing a threat to her life.