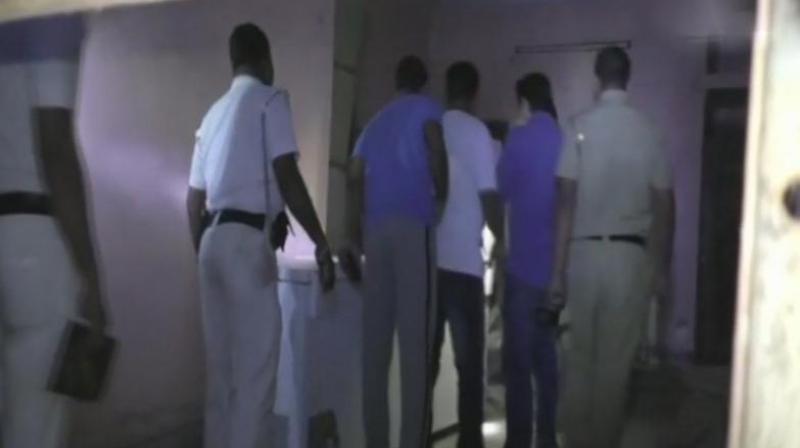 A man from South Kolkata's Behala did not cremate the body of his mother who died three years ago and instead preserved the corpse in a commercial freezer. (Photo: ANI | Twitter)

Kolkata: This shocking incident from the capital of West Bengal might again leave you thinking where this country is heading to. A man from South Kolkata's Behala did not cremate the body of his mother who died three years ago and instead preserved the corpse in a commercial freezer.

According to reports, Subhabrata Majumdar, a leather technologist in his fifties, was living with her dead mother in the fridge till it was recovered.

Subhabrata used ‘mummification’ techniques to preserve his mother's body in a commercial freezer which is used to store ice-cream and frozen food in stores, police said.

Both Subhabrata and his father have been detained for interrogation.

Police informed that Subhabrata had been withdrawing his mother’s pension ever since she died.

“Subhabrata Majumdar used a debit card to withdraw cash from the pension account of his mother. We are investigating why the bank kept the pension account alive for the past three years without life certificates,” Nilanjan Biswas, deputy commissioner (south west division) of Kolkata Police told reporters.

The woman stayed with her husband and son in Behala. While the neighbours were aware of the woman's death, they wondered why the family didn't perform her last rites.

"She was suffering from some illness... don't know the details. The family didn't socialise much. The man most probably worked in a big firm. The father would sometimes talk to us. But the son never spoke with anyone in the neighbourhood. When we asked the family about her funeral, they said her 'body is in heavens'," NDTV quoted a neighbour Amal Kanti Guha as saying.

The incident is eerily similar to a case in 2015 reported from Kolkata’s Robinson Street where a 46-year-old software engineer, Partha De, spent about six months with the bodies of his elder sister and two pet dogs in his flat. His father Aurobindo De also lived in the same flat.

“Preliminary investigation is going on. We cannot reveal anything at the moment,” Hindustan Times quoted an officer of Behala police station who refused to be identified.

According to Hindustan Times, the dead woman and her husband worked at the Food Corporation of India (FCI). Subhabrata Majumdar worked for a leather products company, but left the job five years ago.

Hindustan Times was informed by a police officer that Majumdar had removed the internal organs from his mother’s body for preservation. “Chemicals such as formaldehyde were used for preservation,” said the officer on condition of anonymity.