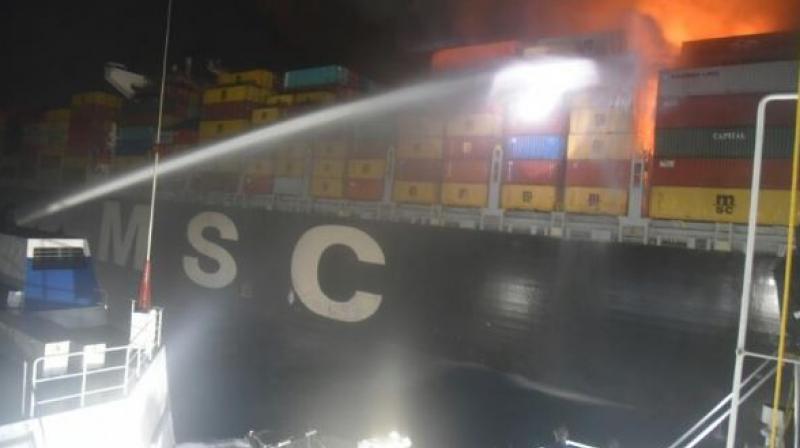 Chennai: A fire broke out on merchant ship Daniela 11 nautical miles off the coast of Colombo, the capital of Sri Lanka, on Tuesday night.

According to reports, the Indian Navy sent two ships to help the vessel.

A Coast Guard ship, Shoor, was also sent along with the Navy vessels, said reports.

The cause of the blaze on MV Daniela, a cargo ship, is not yet known.

It is reported that fire broke out on the merchant ship as she is in urgent need of assistance. Presently MV Daniela is 11 nautical miles due west of Colombo," Navy spokesperson Captain DK Sharma tweeted.