Modi spoke about the development work he has done for Varanasi. 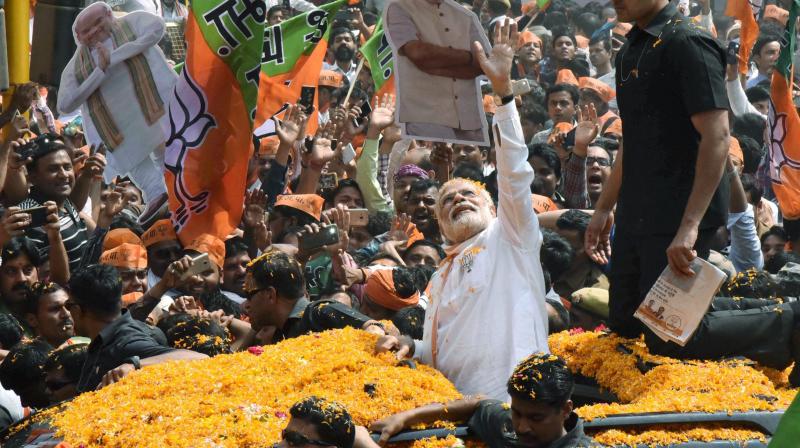 Prime Minister Narendra Modi greets at the crowd during a roadshow, in Varanasi. (Photo: PTI)

Lucknow: Prime Minister Narendra Modi took a jibe at UP CM Akhilesh Yadav at a function in Varanasi, late on Saturday evening, when he said that he no longer needed to take a vow on ganga maa that Varanasi was getting round-the-clock power supply. “I have come to know that while they (Mr Akhilesh and Rahul Gandhi) were at the Kashi Vishwanth temple, there was power outage. God has given proof of what I said — do I need to take an oath on ganga maa,” he said.

Mr Modi spoke about the development work he has done for Varanasi. He said that he was a ‘small worker’ in the BJP and the party would have won even if he had not come to his constituency.

“This is a historic city and I have made Kashi my workplace so that we can regain lost glory,” he said.

The PM recalled that in 2014, he was new to the state and wanted to spend some time getting to know his constituency but due to heavy responsibility at the national level, he could not do so.

“However, with great sadness I have to say that, perhaps, I was the only Indian who was contesting an election from here and was still not allowed to hold rallies,” he said.