The gunfight broke out late Saturday evening after security forces cordoned off the house and is still continuing. 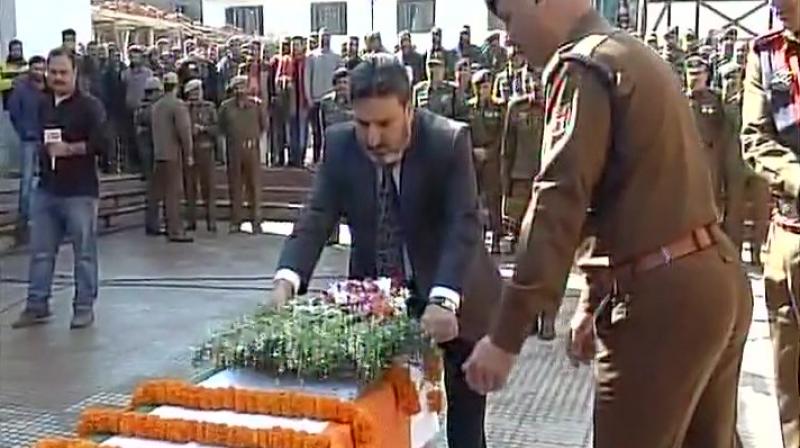 Wreath laying ceremony of Constable Manzoor Ahmed who lost his life in an encounter with terrorists in Tral. (Photo: Twitter)

Srinagar: A police constable and 2 militants have been killed in an encounter between security forces and around five top Hizbul Mujahideen militants who were holed up in a house in Tral on the city outskirts.

With the encounter having ended on Sunday, combing operations have been launched to ensure no untoward elements are still in the area that has been cordoned off.

Officials sources said special forces of the Army were deployed to carry out a combing operation in the area in south Kashmir.

The gunfight broke out late Saturday evening after security forces cordoned off the house and is still continuing.

The J&K police constable has been identified as Manzoor Ahmed, officials said.

The body of a Pakistani militant has been recovered and search is on for others, they said.

Curfew has been clamped in this area, 10 km from here, as protesters had gathered near the encounter site. A CRPF jawan's rifle was snatched by them, they said.

Half of the house was brought down by the security forces but militants were still firing on them.