India   All India  05 Feb 2019  I was also denied permission to stay in guest house at Maharashtra, Bihar : Mamata
India, All India

I was also denied permission to stay in guest house at Maharashtra, Bihar : Mamata

Mamta targetes BJP by saying that those who join BJP ranks are shielded by the party from investigating agencies like CBI and ED. 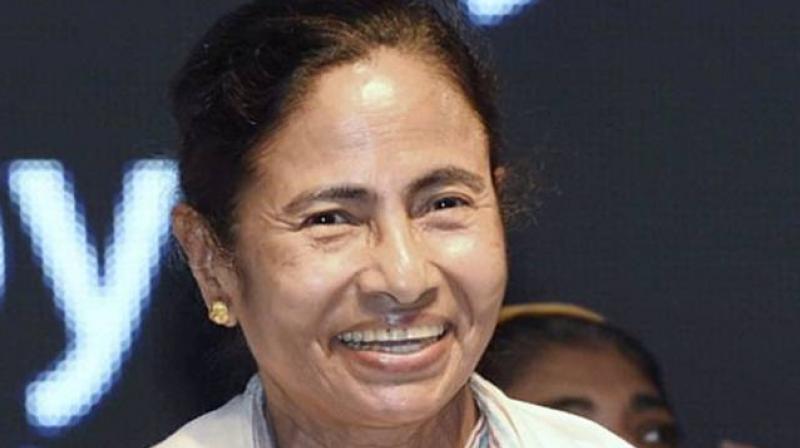 Kolkata: While various BJP leaders have voiced protests against West Bengal denying them permission to land their choppers for addressing public rallies in the state, Chief Minister Mamata Banerjee on Tuesday hit back saying she was not even permitted to stay in official guest houses in Maharashtra and Bihar when she went there for meetings.

“When I had gone for a meeting in Maharashtra and Bihar I wasn’t even allowed to stay in a guest house,” she said. It is pertinent to mention that there is a BJP government in Maharashtra while in Bihar, the Janata Dal (United) led by Chief Minister Nitish Kumar is ruling the roost in coalition with BJP.

Mamata Banerjee also hit out at the BJP leader Mukul Roy who left the Trinamool Congress to join BJP last year. She simultaneously targeted BJP saying that those who join BJP ranks are shielded by the party from investigating agencies like CBI and ED.
“Once you join BJP, bye bye CBI, bye bye BJP,” said Mamata Banerjee and added that central agencies such as the CBI and ED should act without bias.

The Chief Minister was addressing the media and a gathering from the dharna site at Kolkata’s Metro Channel. Earlier in the day, she lauded the Supreme Court’s verdict which stated Kolkata Police Commissioner Rajeev Kumar cannot be arrested by the CBI and claimed it a “moral victory”.