India to host global meet on combating terrorism next week

The event will highlight India's commitment to global nuclear non-proliferation and peaceful uses of nuclear energy. 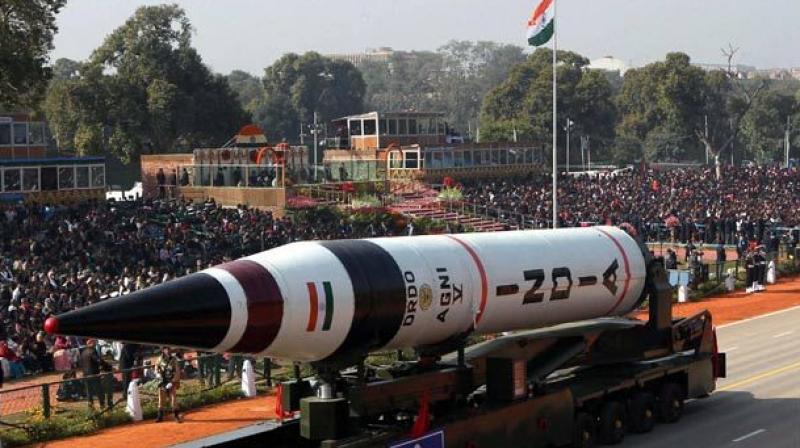 New Delhi: Noting that possible use of weapons of mass destruction and related material by terrorists is no longer a theoretical concern, India will host a key meet on nuclear security here next week which will be attended by delegated from over 100 countries.

The Ministry of External Affairs (MEA) in coordination with the Department of Atomic Energy is hosting the Implementation and Assessment Group Meeting of the Global Initiative to Combat Nuclear Terrorism (GICNT) on February 8-10.

Approximately 150 delegates from various GICNT partner countries and international organisations will participate in this event, a statement by the MEA said.

It said the development was pursuant to the announcement made by Prime Minister Narendra Modi at the Nuclear Security Summit last year.

It said the event highlights India's commitment to global nuclear non-proliferation and peaceful uses of nuclear energy and is part of its overall engagement with the international community on nuclear security issues.

"India hosting this meeting highlights the continued priority we attach to nuclear security and our efforts to further strengthen the institutional frameworks, capacity building and enhance international cooperation," the statement said.

It noted that the possible use of weapons of mass destruction and related material by terrorists is no longer a theoretical concern.

"A breach of nuclear security may lead to unimaginable consequences. Such an event would have a global impact. It is imperative to strengthen international efforts to combat such threats. This meeting is therefore timely and important and would further enhance our vigil," MEA said.

GICNT was launched in 2006 jointly by the Russian Federation and the United States. In the past 10 years, it has grown to include 86 partner nations and five official observer organisations and has held several multilateral activities in support of its Statement of Principles.