Bandh relaxed in Nagaland for people to attend church services

The prohibitory order imposed in some areas of Kohima was still in force on Sunday even though no untoward incident was reported. 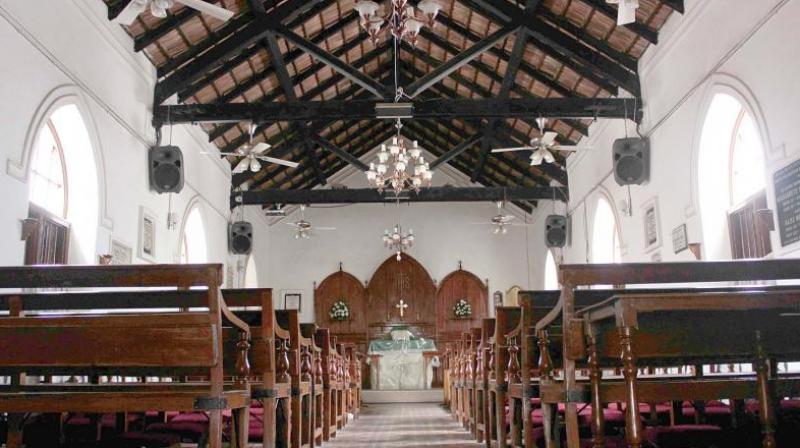 Kohima: The ongoing bandh in Nagaland was relaxed on Sunday by various tribal organisations to allow people to attend church services in the Christian majority state.

The organisations are protesting against the state government for going ahead with the Urban Local Body (ULB) polls with 33 per cent seats reserved for women.

The bandh against functioning of the state government offices and vehicles was only relaxed on Sunday and would continue indefinitely till Chief Minister T R Zeliang and his Cabinet colleagues step down, Nagaland Tribes Action Committee (NTAC) Kohima said.

Private activities, including business, educational institutions, banks and movement of pedestrians have been exempted from the bandh, the organisation stated.

The prohibitory order imposed in some areas of Kohima was still in force on Sunday even though no untoward incident was reported in the state.

The functioning of the Nagaland Board of School Education, Nagaland Public Service Commission, SCERT, banks, postal, power sub-stations, fire and emergency services, telecom and Nagaland State Transport have been exempted from the purview of the bandh, a Kohima-based tribal youth body Angami Youth Organisation (AYO) said.

AYO volunteers had on Saturday locked the main gate of the Nagaland Civil Secretariat; state Assembly building and some government offices in Kohima demanding the resignation of Zeliang and his cabinet colleagues.

The Join Coordination Committee (JCC), which is also demanding that the Zeliang government step down, has alleged that the officers involved in the January 31 police firing, in which two youths died, should not be transferred but suspended for free and fair inquiry in the matter.

The Eastern Nagaland Peoples' Organisation (ENPO) has decided to extend its support to the demands made by NTAC and JCC. They also want restriction in the opening of government offices and movement of state vehicles till the demands are fulfilled.

This was resolved at ENPO's emergency meeting held on Saturday in Dimapur.

On February 2, violent mobs had set fire to government offices and vehicles in Kohima. They had vandalised the State Election Commission office, demanding the resignations of the chief minister and his cabinet for going ahead with 33 per cent reservation for women despite opposition from powerful tribal groups.