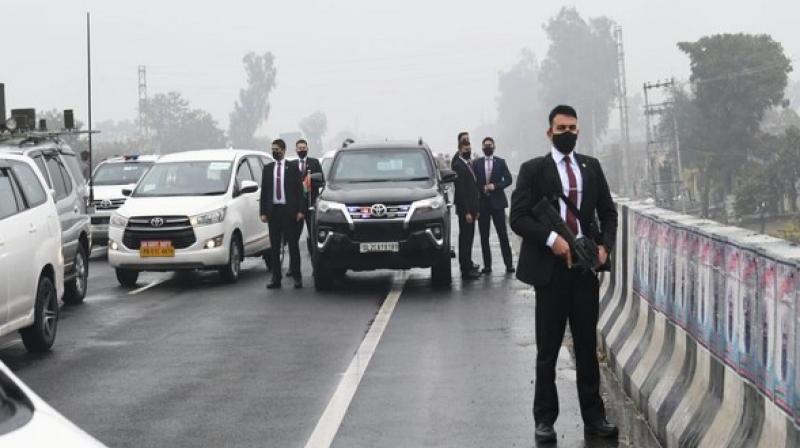 New Delhi: Prime Minister Narendra Modi was stuck for a good 15 minutes on a flyover in Bhatinda due to a road blockade created by farmers holding a protest. He was on his way to Hussainiwala and then to Ferozpur to address a BJP rally with former Punjab chief minister Amarinder Singh. However, sensing trouble, the PM’s security detail brought him back to the airport from where he flew back to New Delhi. The Union home ministry termed this a “major security lapse” and has sought a detailed report from the state government, asking it to fix responsibility.

Punjab chief minister Charanjit Singh Channi later tried to clarify in a press conference that the PM’s convoy was stopped way before the spot where the protesters were sitting on the highway and that clearing the route took about 10-15 minutes. He said the PM was offered a different route, but he chose to leave.

“We had asked them (PMO) to discontinue the visit due to bad weather conditions and protests. We had no information of a sudden change in the route. There was no security lapse during the PM’s visit… I express regret that he (PM) had to return. We respect our PM,” Mr Channi said. He made it clear that no officers would be suspended due to this incident.

Union home minister Amit Shah blamed the Congress for this fiasco. “Today’s Congress-made happening in Punjab is a trailer of how this party thinks and functions. Repeated rejections by the people have taken them to the path of insanity. The topmost echelons of the Congress owe an apology to the people of India for what they have done. The MHA has sought a detailed report on today’s security breach in Punjab. Such dereliction of security procedures in the PM’s visit is totally unacceptable and accountability will be fixed,” Mr Shah said.
Giving details of the incident, the MHA said that on Wednesday morning Mr Modi landed at Bathinda from where he was due to go to the National Martyrs’ Memorial at Hussainiwala by helicopter. Due to the rain and poor visibility, the PM waited for around 20 minutes for the weather to clear out, but when it did not improve, it was decided that he would visit the National Martyrs’ Memorial by road, a trip that would take more than two hours. He then proceeded to travel by road after the necessary confirmation of security arrangements by the Punjab DGP. Around 30 km from National Martyrs’ Memorial in Hussainiwala, when the PM’s convoy reached a flyover, it was found the road was blocked by some protesters. The PM was stuck on the flyover for 15-20 minutes. This was a major lapse in the PM’s security. After this, it was decided to head back to Bathinda airport.”

The home ministry said the PM’s schedule and travel plans were sent well in advance to the Punjab government. As per procedures, they have to make the necessary arrangements for logistics, security and to keep a contingency plan ready. Also, in view of the contingency plan, the Punjab government should have deployed additional security measures to secure any movement by road, which were clearly not deployed, the MHA said.

“The ministry of home affairs, taking cognisance of this serious security lapse, has sought a detailed report from the state government. The state government has also been asked to fix responsibility for this lapse and to take strict action,” the MHA statement said.

Former chief minister Capt. Amarinder Singh, attacking the state government over Wednesday’s incident in Bhatinda, called for the resignation of Mr Channi for his “failure to provide smooth passage to the PM … and that too just 10 km from the Pakistan border.”