Demonetisation may lead to temporary slowdown of economy, cautions President

We all will have to be extra careful to alleviate the suffering of the poor,’ Mukherjee said. 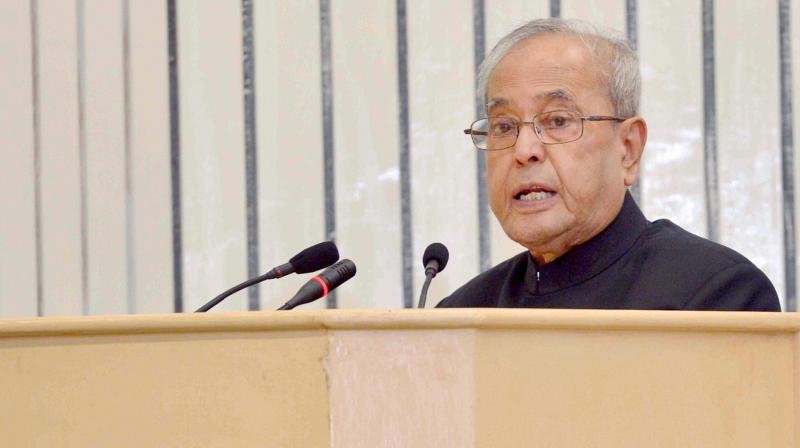 He said that while he appreciates the thrust on transition from entitlement approach to an entrepreneurial one for poverty alleviation, he is not too sure that the "poor can wait that long".

"They need to get succour here and now so that they can also participate actively in the national march toward a future devoid of hunger, unemployment and exploitation," the President said.

He asked the government to look into the grievances of the poor that may have arisen from the move. “We all will have to be extra careful to alleviate the suffering of the poor,” he said.

President Mukherjee was one of the first leaders in the country to welcome the bold step taken by the government in November and had said that it would help unearth unaccounted money as well as counterfeit currency.

The government on November 9 demonetised old Rs 500 and Rs 1,000 notes worth Rs 15.44 lakh crore, 86 per cent of the total currency in circulation. The Reserve Bank is believed to have received deposits close to Rs 15 lakh crore during the 50-day demonetization exercise that ended on December 30.