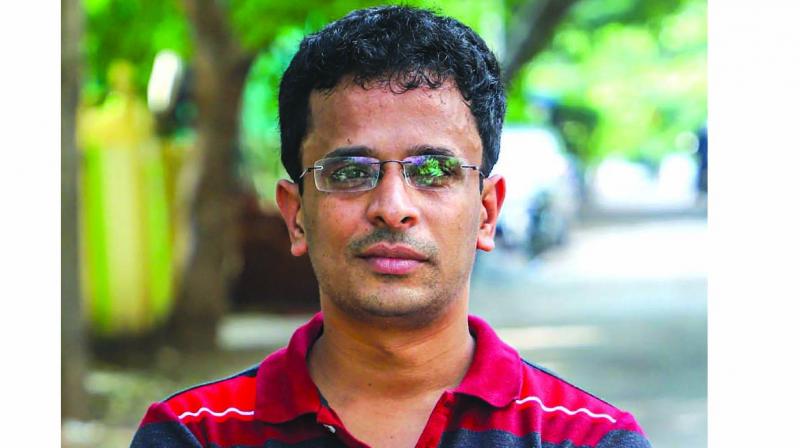 Chennai: Chennai techie Shanmuga Subramanian helped Nasa to identify the crash site of the Vikram lander of Chandrayaan-2 on the lunar surface just when the space science community was getting desperate over not being able to decipher the disappearance of the lander on September 7 when it was supposed to do a soft touchdown on the moon.

The 33-year-old engineer posted on Twitter that Nasa has credited him with finding the Vikram debris on the lunar surface as his conclusions from Nasa images helped the US space agency to spot the exact location of the lander that reportedly broke into several pieces on crashlanding.

The IT professional went through Nasa’s Lunar Reconnaissance Orbiter Camera (LROC) images “pixel by pixel” to identity a single bright pixel from its mosaic taken on November 11, and emailed his conclusion to both Nasa and Isro. While the US space agency responded, though a bit late, and apologised for the delay, there was silence from Isro.

“I had gone through the LROC images pixel by pixel and found some minute variations at a spot on the lunar surface between the image of December 2017 and the one taken on September 7, when Vikram was supposed to land. I sent my findings to Nasa and what they did was to closely search the lunar surface based on the location I gave and pick up the location of the larger debris”, Mr Subramanian told this newspaper, amid a stream of media interviews at his Besant Nagar apartment.

From the two LROC images, Mr Subramanian could point out to Nasa that the 2017 image had no white dot whereas the September 2019 image had it at that spot, that could only mean it was the Vikram lander, which could only be visible as a dot because it was 1.25m per pixel. “I saw the Internet landing location. From the Vikram lander’s last known location, I knew it must be somewhere around that. I searched the 2x2 km sq area pixel by pixel — one pixel is around 1.25m or something like that. Since the lander was so small, I had to search each and every pixel. I was able to find something out of ordinary over there and I sent out a mail to Nasa”, the proud “space scientist” added.

While the nation plunged into sadness after the much-anticipated moon mission failed, Isro explained that contact with the Vikram lander could have been lost due to “hard-braking” in the final phase of its descent. The American space agency, which had been closely following the mission, as well as several international agencies, collaborated in the Isro search for clues on the lander’s whereabouts. Nothing much happened, until Mr Subramanian’s email landed at the two space agencies. “I feel happy I could find the debris. I had worked for close to seven hours every day for a week, going through the LROC images from Nasa. It was worth it”, Mr Subramanian added.