India   All India  04 Dec 2019  'More the strength, more the enemies,' Shivakumar ahead of K'taka bypolls
India, All India

'More the strength, more the enemies,' Shivakumar ahead of K'taka bypolls

The bypolls for 15 out of 17 seats in Karnataka are slated to be held on December 5. 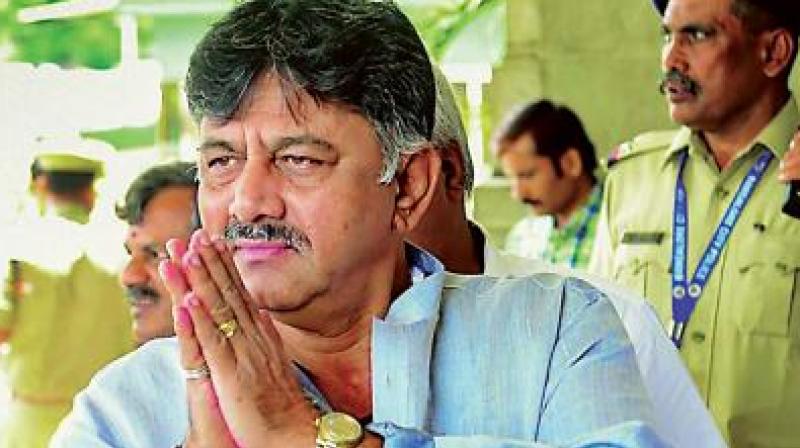 Shivakumar, who was released on bail in a money-laundering case with the Enforcement Directorate, has thrown himself into the campaign mode for the upcoming Karnataka bypolls. (Photo: File)

Shivakumar, who was released on bail in a money-laundering case with the Enforcement Directorate, has thrown himself into the campaign mode ahead of Karnataka bypolls.

In an interview with News18, the Congress leader said people were frustrated with the political developments at the national level. He said that Congress stands a chance if the 'mass support is turned to votes.'

Speaking on Chief Minister Yeddyurappa's leaked tape in which an Opposition MLA is being offered Rs 30 crore, Shivakumar said the Income Tax department had not filed a criminal case and that the Congress would take up the matter legally despite being charged with defamation.

Shivakumar said his health was not so good but it was still his duty to see that his party came back to power.

''The people of Karnataka have seen me for 35 years. They have not treated me any different than a worker.''

He said the beard he was sporting was to remind his supporters of his time spent in Tihar Jail.

Shivakumar was arrested by the ED on September 3 in a money laundering case and was released on bail on October 24.

On the infighting within the state Congress, Shivakumar said, ''I don't think any individual counts here. It is the party, the philosophy and ideology of the party that counts.''

The BJP needs to win at least six of these 15 seats to remain in power.