The Union Cabinet meeting has been scheduled at 9.30 am on Wednesday. 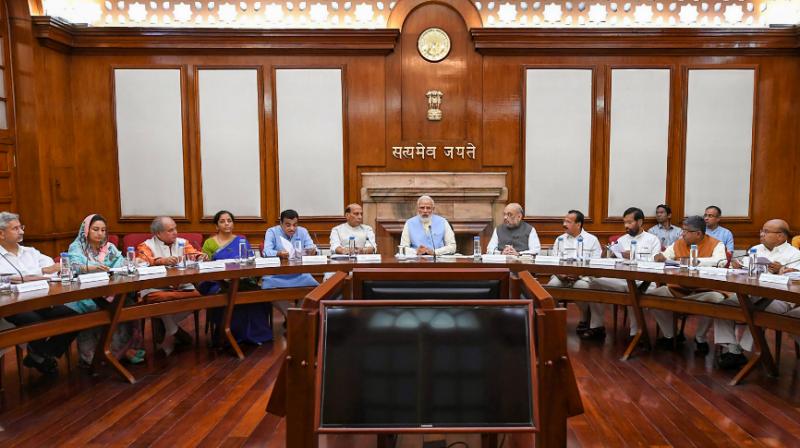 Modi had often in the past expressed his displeasure at absenteeism among BJP MPs. (Photo: PTI)

New Delhi: The government is likely to clear the Citizenship (Amendment) Bill, 2016, at a meeting of the Union Cabinet scheduled at 9.30am on Wednesday.

On Tuesday, Rajnath Singh asked party MPs to be present in large numbers when Home Minister Amit Shah tables the Citizenship (Amendment) Bill in the Parliament. The issue of absenteeism among BJP MPs from Parliament was also raised at the parliamentary party meeting, as Singh underlined Prime Minister Narendra Modi's dissatisfaction over lack of their adequate presence many times, sources said. Modi had often in the past expressed his displeasure at absenteeism among BJP MPs.

Asking the party MPs to ensure their presence in Parliament as it was going to take up key bills in the coming days, Singh said the Prime Minister had time and again spoken against absenteeism among the parliamentarians but the issue persists.

He also cautioned them against using unparliamentary words during their intervention in Parliament and said they should be aggressive in countering the opposition but not go to the extent of what the Congress, the BJP's main rival, does.

His remarks came against the backdrop of party MP Pragya Thakur being forced to apologise in the Lok Sabha for her comments on Mahatma Gandhi's assassin Nathuram Godse. The BJP subsequently barred her from attending its parliamentary party meeting during the ongoing session.