At present, the Navy is operating around 130-odd ships and is building around 50 ships. 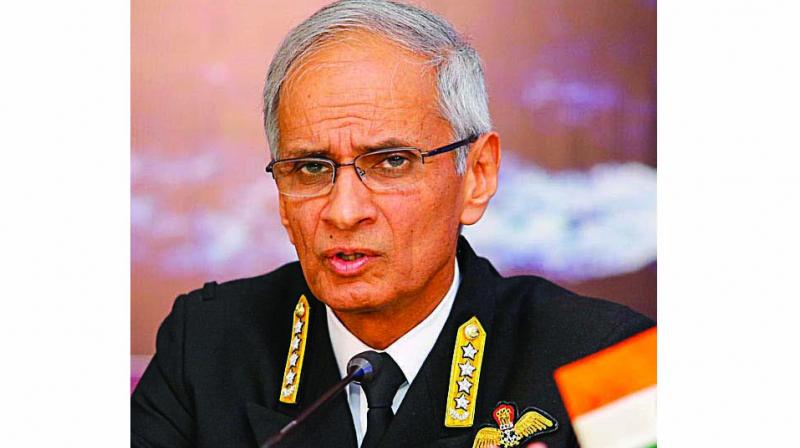 New Delhi: A shortage in funds is forcing the Indian Navy to curtail its plan to be a 200-ship fleet by 2027 as per the maritime capability perspective plan. Navy Chief of Staff Adm. Karambir Singh on Tuesday flagged concerns over the decline in the Navy’s share in the defence budget from 18 per cent in 2012-13 to 13 per cent in 2019-20, at a time when China is undertaking a rapid modernisation of its navy.

At present, the Navy is operating around 130-odd ships and is building around 50 ships. However, many ships which are currently operating are likely to be decommissioned in the coming years. India may have 175 ships by 2027, a number which the Navy Chief has termed as “optimistic”.

Putting up a brave front, Adm. Singh said that he has asked his staff to find out how the Indian Navy can maximise each ship in terms of its effectiveness and not count how many ships “we have”. If these ships could be made modern and more lethal, they could be

more effective. “The Chinese are doing what they have to do. It is moving at a pace it is capable of. We will move at a pace we are capable of. Our (Indian Navy) aim will be to get the maximum bang for the buck,” said Adm. Singh.

The Indian Navy, which is circumspect of the Chinese presence in the Indian Ocean, is not inviting the People’s Liberation Army Navy to its largest multilateral maritime exercise Milan 20, for which invitations have been sent to 41 countries. “We have called people who we think are like-minded,” said Adm. Karambir Singh. Sources said India has not invited China for Milan as the Navy does not want the presence of Chinese ships in the Indian Ocean as they could in future try to misuse
it to build legitimacy to be in the area. “Tomorrow they will start saying that we have been coming here for years. So we want to avoid such a situation,” a naval source saod.

The Navy Chief said seven to eight Chinese ships are usually present in region at any point, and deployment by the neighbouring country in the region had started in 2008. The Indian Navy, in fact, forced a PLAN ship to return after it entered India’s exclusive economic
zone in the Andaman Sea in September. “Our stand is that if you have to do anything in our exclusive economic zone (EEZ), you have to notify us and take permission,” said the Navy Chief.