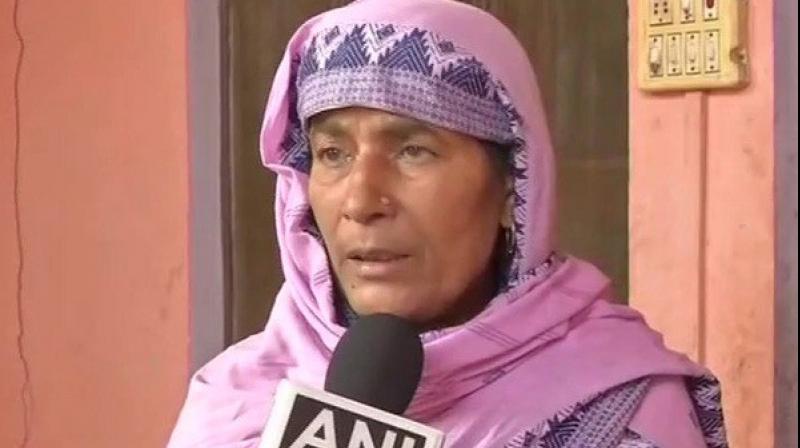 Ratan, mother of Jeetendra- one of the accused in the Bulandshahr violence criticised the police department of ransacking her house and also beating her daughter-in-law. (Photo: ANI)

Bulandshahr: The tragic Bulandshahr violence case is witnessing various questions being raised on the Uttar Pradesh police department and now the family member of the accused has also joined the chorus by squarely blaming the state police of raiding their house and misbehaving with a woman of the family.

Ratan, mother of Jeetendra- one of the accused in the Bulandshahr violence criticised the police department of ransacking her house and also beating her daughter-in-law.

She said, "I was not at the house. Only my 80-year-old husband and daughter in law were there. Villagers say that 70 policemen came to my house without any women police personnel. They vandalized the house, broke all the locks. My daughter-in-law was also beaten by the police."

Earlier in the day, Saroj Singh Chauhan, sister of the deceased cop Subodh Kumar Singh who was shot dead by a mob in Bulandshahr on Monday, alleged conspiracy in her brother's murder casting aspersions at the Uttar Pradesh police department.

Bulandshahr violence, which took lives of two including a policeman, has created jitters in the national politics. Various politicians cutting across party line have commented with allegations and counter allegations on the issue.