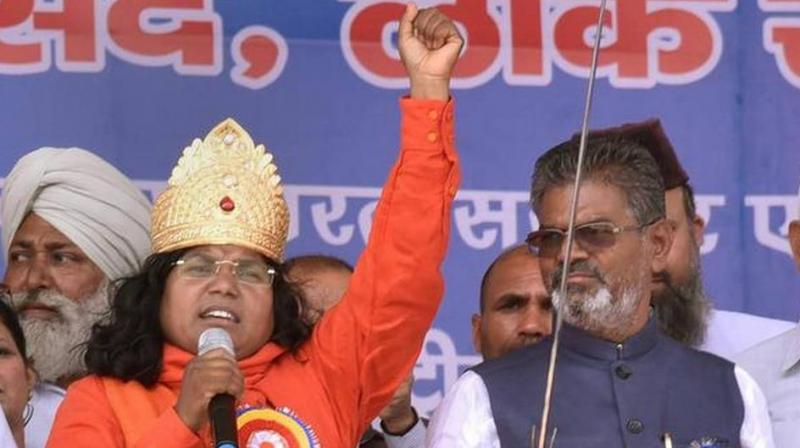 Lucknow: Bahraich BJP MP Savitri Bai Phule on Tuesday claimed that Lord Hanuman was "a Dalit and a slave of 'manuwadi' people", joining a row which erupted over Uttar Pradesh Chief Minister Yogi Adityanath's statement that the deity was a Dalit.

She alleged that Dalits and backwards were being called 'bandar' (monkey) and 'rakshas' (demon).

"When he did all for Lord Ram with devotion, he (Lord Hanuman) should have been made a human and not a 'bandar' (monkey). At that time also he had to face humiliation due to being a Dalit. Why can't we Dalits be considered humans?” she told PTI over phone.

During a poll rally in Malakheda of Alwar district, Adityanath had said, "Lord Hanuman was a forest dweller, deprived and a Dalit. Bajrang Bali worked to connect all Indian communities together, from north to south and east to west."

After his statement, Bhim Army chief Chandrashekhar asked members of his community to take over all temples belonging to Lord Hanuman.

"Dalits should take over all Hanuman temples in the country and appoint Dalits as priests there," Chandrashekhar had said.

When asked about the Ram temple issue, which is pending in the Supreme Court, Phule said the BJP is raking up the matter as it has no other issues.

"The country does not need a temple. Will it end unemployment and other problems of Dalits and backwards? The temple will benefit Brahmins, who are only 3 per cent. The money offered in temples are used by them for their gains and make our community (Dalit) their slave," she said.

"We want rights given to us in the constitution," the BJP MP said, adding that "Hamko adhikar chahiya warna kursi khali karo (Give us our rights or leave the government)".

Phule had earlier raised questions on BJP leaders dining at the houses of Dalits and had termed the founder of Pakistan Muhammad Ali Jinnah, "a mahapurush" (great personality), causing embarrassment to her party.

When asked to comment on the statement of Phule, BJP spokesman Chandra Mohan said, "It seems she didn't have much knowledge of Indian tradition." On her attacking the BJP on the Ram temple issue, he said he would not like to comment and people know what she was doing.