India   All India  04 Dec 2018  Bulandshahr mob violence: 4 held in UP cop murder, hunt on for others
India, All India

Bulandshahr mob violence: 4 held in UP cop murder, hunt on for others

The main accused, Yogesh Raj, is the person who filed a separate complaint of cow slaughter. 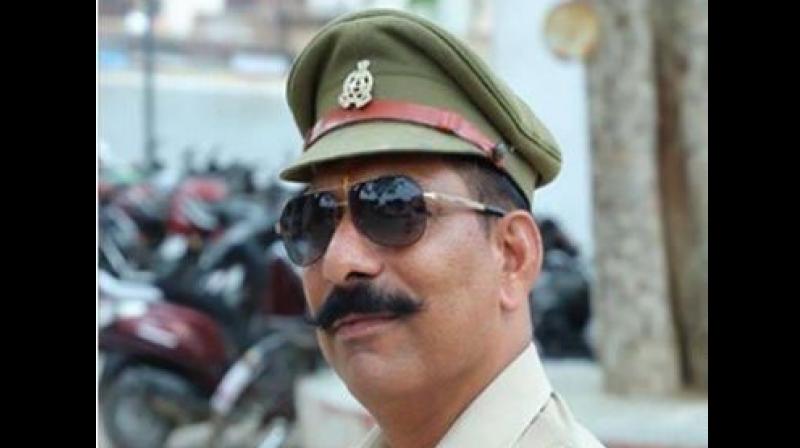 police officer, Subodh Kumar Singh had reportedly tried to control mob violence that had sparked after the carcasses of 25 cows were found in the fields in a village on Monday. (Photo: Twitter Screengrab/ @uppolice)

Bulandshahr: Four people have been arrested in connection with the murder of police officer, Subodh Kumar Singh, who was shot dead on Monday in the Bulandshahr clashes.

Clashes broke out in Bulandshahr in Uttar Pradesh on Monday evening after a mob went on the rampage over the slaughter of 25 cows.

The main accused, Yogesh Raj, is the person who filed a separate complaint of cow slaughter.

Sharing details of the investigation and arrests made in the case, Additional Director General (ADG) of the Meerut zone, Prashant Kumar told news agency ANI, "We have registered an FIR in case of inspector Subodh Kumar's death. The two named accused have been arrested. Attempts are ongoing to arrest others. The government has announced that the family of deceased will be provided with a financial aid of Rs 50 Lakh. Apart from this, extraordinary pension will be provided to his wife. Also as per rules one kin of the deceased will be provided a job."

He also informed that a Special Investigation Team (SIT) has been formed to investigate the case.

"A Special Investigation Team (SIT) has been formed under IG Range Meerut. Different aspects such as how did this incident occur, why the mob got violent, how many people were there with the inspector and did anyone flee from the spot. SIT will inquire about all these thing and action will be taken if there is any laxity," Kumar said.

'Further action will be taken as per the emerging details,' he said.

27 people have been named by the police in FIR against violent protests. 60 unnamed people are also mentioned in the FIR.

According to reports, police officer, Subodh Kumar Singh had reportedly tried to control mob violence that had sparked after the carcasses of 25 cows were found in the fields in a village on Monday.

Protesters from Mahaw village and nearby areas pelted stones on the police and indulged in arson, setting ablaze several vehicles and Chingarwathi Police Chowki.

The police clashed with people who had blocked a road in Syana in Bulandshahr district while protesting against illegal animal slaughter.

In the visuals shown by a television channel, the inspector is seen lying unconscious on the jeep and none of the constables were present at the spot which implies that the cops had run away when he was hit by a brick.

Singh died of a bullet wound below his left eyebrow, confirmed the autopsy report. The mob took away his service gun and mobile phone.

A local youth, identified as Sumit, also died of gunshot injuries on Monday.

Meanwhile, Subodh Kumar Singh's son Abhishek on Tuesday asserted that his father wanted his children to become good citizens who are secular.

A student of class 12, Abhishek said, "I received a call around afternoon that he has been shot and is dead. Thereafter we were told his post-mortem is being conducted. We were told that he reached the site of protest and was hit by a stone and went unconscious. He wanted us to be a good citizen and taught us not be religion biased. He believed that all our citizens are equal and should stay united."