India   All India  04 Dec 2017  Rahul query: Why promises to Gujarat women not kept?
India, All India

Rahul query: Why promises to Gujarat women not kept?

The BJP was quick to hit back, alleging that these questions showed the “feudal fantasy” of the Congress. 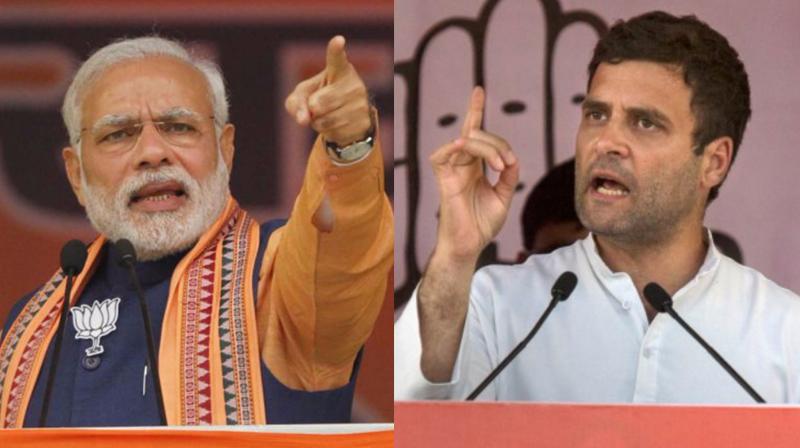 New Delhi: Congress vice-president Rahul Gandhi on Sunday targeted Prime Minister Narendra Modi over the twin issues of crimes against women and attacks on his party members in Gujarat. Propping up his fifth question in his “question-a-day” series prior to the crucial Gujarat elections starting next weekend, Mr Gandhi demanded answers over the alleged failure of the state government in fulfilling the promises made to the people of Gujarat.

The Congress vice-president tweeted: “The women got neither safety, nor education or nutrition, but only exploitation. From Anganwadi to Asha workers, everyone was disappointed. Only promises were made to the women of Gujarat... and it was never their intention to fulfil them.”

He said: “Why is Gujarat ranked 3rd in women’s trafficking, 5th in acid attacks and 10th in the rape of minor girls... Why are the two most important cities, Ahmedabad and Surat, ranked among the top 10 in crimes against women in India?”

The BJP was quick to hit back, alleging that these questions showed the “feudal fantasy” of the Congress. Union minister for minority affairs Mukhtar Abbas Naqvi said: “Those who cannot differentiate between ‘burger and baingan’ (brinjal), ‘pyaaz (onion) and pizza’ and ‘cake and banana’ are trying to become ‘champion of questions’. This is the Congress’ feudal fantasy.”

Mr Gandhi also accused the BJP of indulging in violence against its candidates in Gujarat and said the Election Commission should initiate action. The party alleged that its candidate against Gujarat CM Vijay Rupani in Rajkot West seat, Indranil Rajyaguru, Rajkot East nominee Mitul Donga and its MP Rajeet Satav were arrested and abused by the Rajkot police.

“The violence is a result of fear. Rupaniji fears losing the election and he is taking support of lathis. But Gujarat is not frightened,” he added.

The last question asked by Mr Gandhi pertained to the commercialisation of education and hitting students hard with fee hikes.

Congress MP Sushmita Dev claimed that while Mr Rajyaguru was campaigning, some goons of the BJP attacked him. “Instead of arresting the goons, the police arrested our candidate,” she said.

“We will file a complaint on behalf of the Gujarat Pradesh Congress. The manner in which our leaders were abused... this is the Gujarat model,” she said.