Extending his best wishes to Rahul, Captain Amarinder expressed the confidence that he would do really well as the party president. 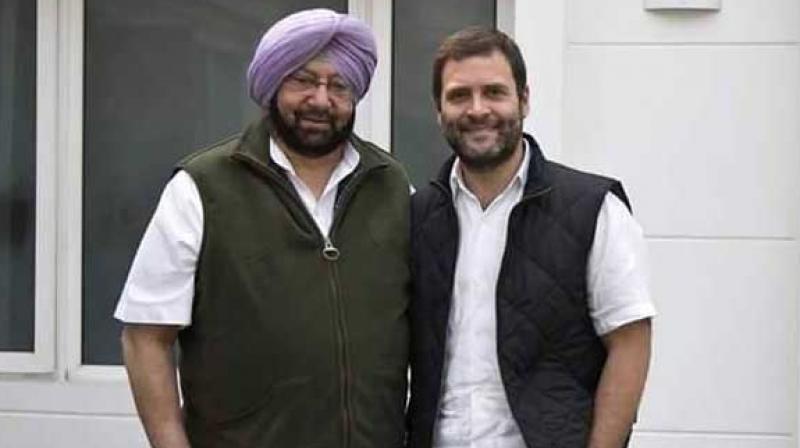 Congratulating Mr Gandhi on his proposed elevation, Mr Amarinder said he was extremely happy to be doing the honours of nominating the Congress vice-president for the top post and was sure he will do well as the new leader of the party.

Recalling that he had known Rahul since the latter was a little boy, the Chief Minister said he could see even then that the youngster would one day rise to the top. The move to elevate him to the top post was a good sign for the party, said Captain Amarinder, adding that his performance during the last few days in Gujarat showed his strong capabilities.

Rahul had been drawing huge crowds in Gujarat, and had shown remarkable political maturity on several other occasions in recent past, said the chief minister, adding that this augured well for the Congress.

Extending his best wishes to Rahul, Captain Amarinder expressed the confidence that he would do really well as the party president.

Describing Rahul as a “mature and competent” politician, he said his elevation was a step in the right direction and would help revive the party ahead of the 2019 Lok Sabha polls.