In a series of tweets, Congress asked when BJP will respond to its senior leaders like Arun Shourie, Yashwant Sinha and Shatrughan Sinha. 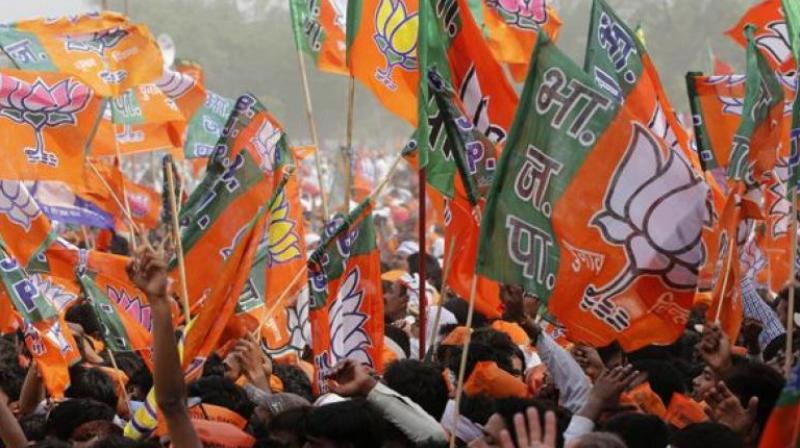 The reaction comes in response to Modi mocking the Congress over the upcoming election of its president, alleging the party had a history of rigging organisational polls. (Photo: File)

New Delhi: The Congress on Sunday hit back at Prime Minister Narendra Modi for mocking its presidential election and, raising the issue of "internal democracy" in the BJP, asked him when he would answer questions posed by the leaders of his own party.

"Dear PM, your love for 'Shahzad', 'Shah-Zada' and 'Shaurya' is now well known, but 'Nation wants to know' when will you reply to the questions raised by senior BJP leaders, 'Shourie' (Arun), Sinha (Yashwant) and Sinha (Shatrughan)," he posted on Twitter.

Surjewala further tweeted, "Blinded by rage and enmity, what unimaginable depths would you fall to?"

He also referred to senior BJP leaders such as Advani and Joshi in another tweet.

Earlier, while addressing a poll rally in Gujarat, Modi had mocked the Congress over the upcoming election of its president, alleging the party had a history of rigging organisational polls.

The charge was raised after a Congress leader from Maharashtra, Shehzad Poonawala, alleged that the Congress organisational polls were "rigged" and state party delegates were not elected.

Modi said at the rally the outcome of the election to the top post in the Congress was a foregone conclusion.

"If you do not have democracy in your home (party) how can you practise it in the country," Modi asked.