Navy pink slip for Tejas: Not up to the mark 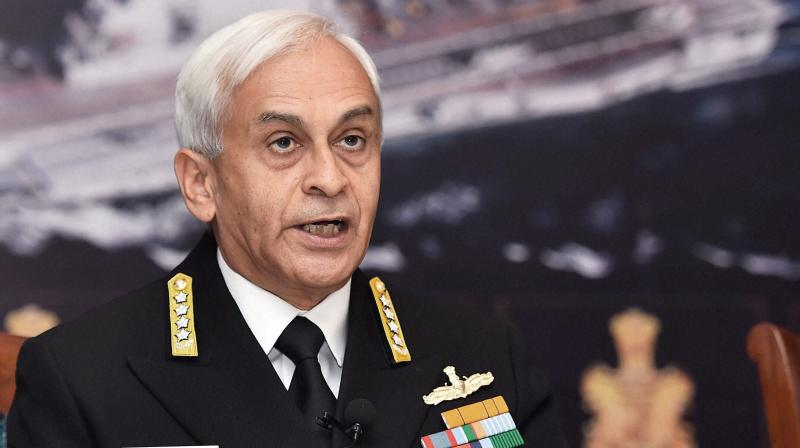 New Delhi: The Indian Navy has put its foot down on deploying the indigenously made Light Combat Aircraft (LCA) Tejas onboard the under-construction INS Vikrant as the aircraft is “not up to the mark”.

Making public the strong reservations on the Naval LCA Tejas for the first time, Navy Chief Admiral Sunil Lanba said: “The LCA Navy in its present form does not meet the naval QR (qualitative requirement) to be a carrier-based aircraft. It is too heavy for the engine that it has got. It doesn’t meet the weight and thrust ratio requirement to be able to take off with full weapon load.”

The Tejas uses a GE F404-IN 20 engine. Carbon fibre composite (CFC) materials make up for up to 45 per cent of its airframe by weight, including in the fuselage (doors and skins), wings, tailfin, rudder, airbrakes, and landing gears. Presently, about 70 per cent of the LCA components are manufactured in India. The LCA is made of carbon fibre composites (CFC) (45 per cent), aluminium-lithium alloys (43 per cent), titanium alloys 5 per cent, steels 4.5 per cent and others 2.5 per cent.

The Navy Chief’s assertion before the Navy Day events beginning Sunday came in the backdrop of reports that the LCA Tejas has been found wanting in trying to land and take off from a simulated flight deck.

Aircraft carriers — veritable floating airfields — are huge force multipliers, and are reckoned to be symbolic of a nation’s military status.

India plans to deploy the country’s first indigenous aircraft carrier in December 2018. Refuting the deadline, a recent CAG report had said that the shipyard building the INS Vikrant had projected that delivery schedule in 2023.

The Russian origin MiG29K is the declared main aircraft of the Navy’s fleet air defence for the INS Vikrant, which is to supplemented by the LCA Tejas.

The Admiral said the Navy is in the process of identifying a suitable aircraft as per requirements adding that there are no too many options. “We are looking at carrier capable aircraft within the next five six years.”

On reports of deployment and movement of Chinese naval ships and submarines in the Indian Ocean region, the Navy Chief: “Indian Navy keeps a close eye and monitor their movements…We launch surveillance missions in the form of aircraft and ships to keep a track of them. They had started deployment of their submarines from 2012”.

Describing as “bogus” Pakistan’s claims that an Indian submarine had entered into their territorial waters, he said: “There was no Indian submarine deployed in the area where the Pakistani Navy is claiming it to be”.