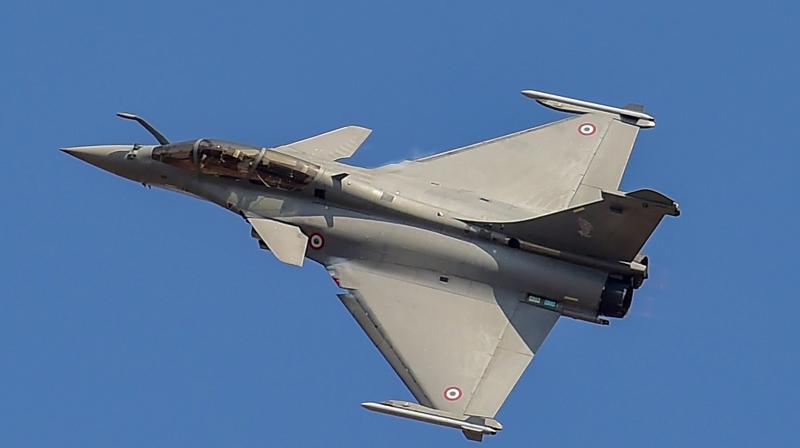 According to sources, these aircraft took off from France on Wednesday morning and arrived in India at 8.14 pm on Wednesday evening.

The second batch of three Rafale aircraft got airborne from Istres airbase in France and flew for over eight hours before landing at an IAF base. They covered a distance of over 3700 nautical miles with three in-flight refuellings. pic.twitter.com/gHEixnMh2B

This addition of aircraft will take the total strength of Rafale fighter jets with IAF to eight, further strengthening the capacity of India to take on threats emerging from China.

Indian Air Force is likely to operationalise the second batch of Rafale jets at the earliest.

In the first batch India had received  five  Rafale aircraft in July and these were inducted in IAF in September. The first batch has already been operationalised and has carried out sorties in the Ladakh sector.

The 4.5 generation fighter aircraft, capable of carrying nuclear weapons provides IAF unmatched air superiority in the region with its advanced avionics and deadly weapon package which include Meteor, Scalp and HAMMER missiles.

Rafale jets give India an edge over China and Pakistan as it is armed with the most advanced beyond visual range Meteor air-to-air missiles which have a range of up to 150 kilometers. Meteor has the ability to chase down and destroy agile hostile fighters at even the furthest of ranges and has a no-escape zone many times greater than any other air-to-air missile.

Neither Pakistan nor China Air Force yet have a missile to counter it. These Meteor air-to-air missiles will prove deadly during a dogfight.  Rafale fighters will also be armed with Scalp cruise air to surface missiles, which have a range of over 300 kilometers.