The court said the situation was being repeated every year and it is not tolerable. 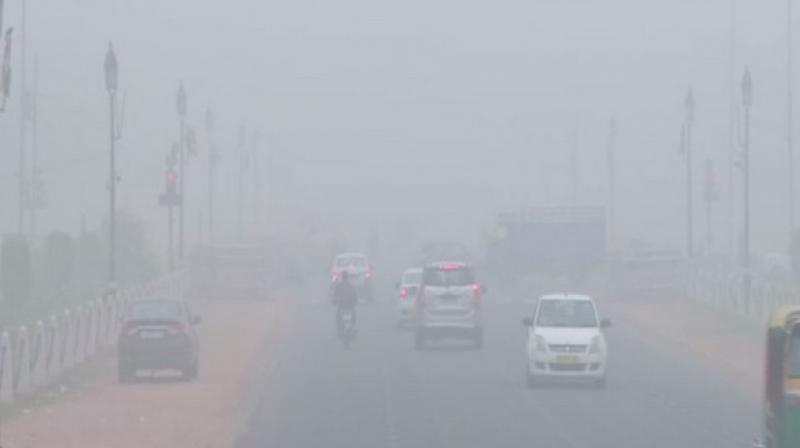 Describing the situation as 'grim', the apex court also asked the Centre and Delhi government to inform them what they intend to do reduce the pollution. (Photo: File)

New Delhi: The Supreme Court on Monday held the state governments responsible for the current situation of air pollution prevailing in Delhi-NCR and remarked that "those at the helm seem interested only in gimmicks."

The remarks by the apex court came during the hearing of Air pollution case. The matter was being heard by Justice Arun Mishra and Deepak Gupta. Additional Solicitor-General ANS Nadkarni appeared for the Centre.

"People are dying...more people will die but those at the helm seem interested only in gimmicks. We will supervise this matter now. Crop stubble burning must stop immediately and all states must do everything to stop it," the Supreme Court remarked.

"State governments are responsible. All of them... they are interested only in electioneering. State governments are making a mockery of everything. We are going to hold them responsible now..from top to the bottom," said Justice Arun Mishra and asked the government to call some environment expert from IIT Delhi and from ministry to suggest immediate measures to be taken to deal with pollution crisis.

"It is torture, and all officials, to the level of gram pradhans, should be held accountable. We must do something now. What's the administration left in Punjab, Haryana," the court questioned.

Justice Arun Mishra further remarked that people were not safe inside their own houses and it was unacceptable in a civilised country and asked what measures were being taken up by the government.

"Even in a bedroom in Lutyen's Delhi, it (Air Quality Index) is more than 500. Air purifier can't work. Can we survive in this fashion," said the bench.

"Delhi is choking every year and we are not able to do anything. Question is that every year this is happening," the bench said, adding, "It cannot be done in a civilised country".

Describing the situation as 'grim', the apex court also asked the Centre and Delhi government to inform them what they intend to do reduce the pollution.

"Situation is grim, what you intend to do as Centre and as the Delhi government to reduce this pollution," Supreme Court asked.

Speaking on the situation in the national capital, the court stated the situation was being repeated every year and it is not tolerable.

"Things are happening every year under our nose. People are being advised to not come to Delhi or leave Delhi. The state government is responsible. People are dying in their state and neighbouring states. We will not tolerate this. We are making a mockery of everything..." said the court.