Congress spokesman Pawan Khera said party’s stand on Article 370 has not changed at all but it is objecting to way BJP govt annulled it. 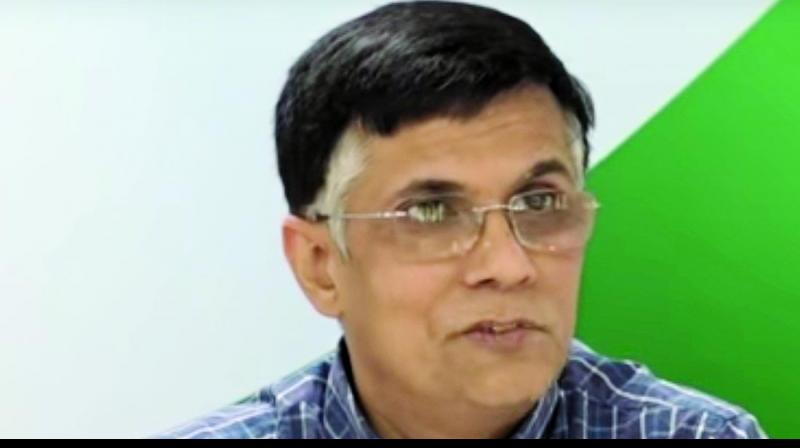 Khera said the party’s stand on Article 370 has not changed at all but it is objecting to the way the BJP government annulled it. (Photo: File)

Dehradun: The Congress on Sunday claimed it “diluted and abrogated” Article 370 that granted special status to Jammu and Kashmir as many as twelve times without creating any controversy.

Addressing a press conference in Dehradun, Congress spokesman Pawan Khera said, “Not once or twice, but the Congress party diluted Article 370 as many as 12 times, but without letting any controversy break out.” Khera said the country’s affairs are run through dialogue and not through controversies.

He said the Congress understands this fact but “the ruling BJP doesn’t” as its entire politics is founded on controversies.

Khera said the party’s stand on Article 370 has not changed at all but it is objecting to the way the BJP government annulled it.  He also accused the BJP government at the Centre of not implementing the GST properly, saying it has resulted in small businessmen, manufacturers and farmers driven to the verge of ruin today.  Alleging that the noteban imposed by Narendra Modi government had caused the country’s economy to totter, he said a similar noteban imposed during Indira Gandhi’s tenure as prime minister had caused no harm to it.  “There used to be in circulation in those days Rs 10,000 notes, which were banned when Mrs Gandhi was the PM but no one had to queue up outside banks nor was there any controversy,” he said.

Expressing concern over the regional free trade agreement, Khera said if India signs the deal it will ruin small farmers, small traders and small manufacturers.  “Even otherwise, Chinese goods, available in Indian markets in abundance, are affecting the country’s small traders. Now the government wants even milk to be imported from New Zealand and Australia,” said Khera.