Reacting to Goel's protest, Sisodia said the BJP leader's job was to do politics and he had no solution to the problem. 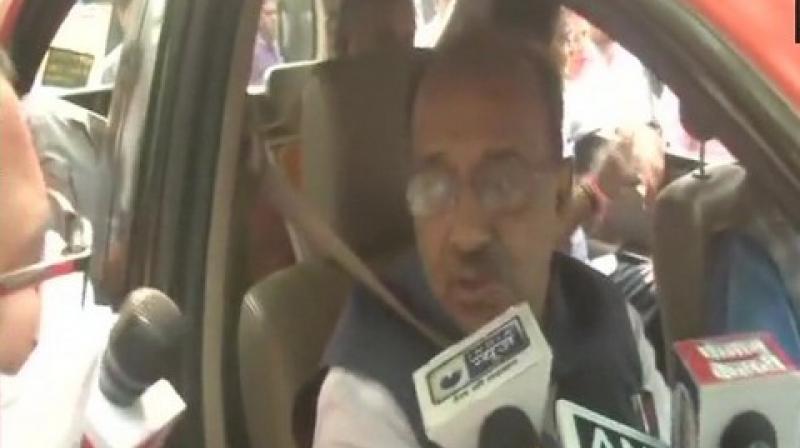 New Delhi: Senior BJP leader Vijay Goel on Monday violated the odd-even rationing scheme by driving an SUV with an odd last digit in its registration number and termed the initiative "an election stunt" by the Kejriwal government. He termed it a "symbolic protest" against the scheme.

Reacting to Goel's protest, Deputy Chief Minister Manish Sisodia said the BJP leader's job was to do politics and he had no solution to the problem. He said if Goel was so concerned about the people of Delhi, then he should have asked Union Environment Minister Prakash Javadekar to convene a meeting with the states to deal with the menace of pollution.

Earlier, BJP vice president Shyam Jaju and other party leaders accompanied Goel in the saffron SUV which he drove from his residence on Ashoka Road, before being stopped near Janpath by traffic police personnel who challaned him.

Violation of the odd-even rule is punishable with a fine of Rs 4,000. The fine was Rs 2,000 in earlier two editions of the initiative in 2016. According to the scheme, non-transport vehicles having odd or even last digit of registration number are allowed to run on odd and even dates, respectively.

"I am doing this as a symbolic protest against the Kejriwal government's failure to do anything in five years to curb the pollution in Delhi. It is now enacting a drama and election stunt in view of the coming assembly polls through odd-even scheme," Goel told reporters at his residence.

Delhi Transport Minister Kailash Gahlot later met Goel with a bouquet of flower, urging him not to violate the rule as it was aimed at bringing down pollution. Gahlot said that people of Delhi are following the scheme and BJP's protest by violating it was wrong.

The odd-even scheme will continue from 8 am to 8 pm till November 15. Goel also violated the second edition of odd-even rule in April 2016. The scheme was introduced in Delhi by the AAP government in January 2016 to fight high level of air pollution.